Several months back, one of the producers of 5 Million Dollar Life expressed surprise when FCCJ’s Film Committee approached him about screening the film. “Are you sure that international audiences would be interested?” he asked, doubtful. “We thought it was purely for domestic appetites.”

We assured him that he was wrong. And naturally, we were right.

The film had its world premiere at the Shanghai International Film Festival on June 17, where it was met with great fanfare; its North American premiere is on July 11, in competition at the New York Asian Film Festival; and European festivals are locking in dates.

Most importantly for FCCJ, 5 Million Dollar Life prompted an enthusiastic Q&A session that could have continued long past its time limit, proving that the film strikes a chord with Japanese and foreign audience members alike.

5 Million Dollar Life encompasses an unusual range of social issues, some of them seen rarely on Japanese screens (and certainly not all together in a single film) — broken families, social media bullying, teen suicide, day-labor exploitation, homelessness, the underage sex industry, telephone scams, debt-prompted suicide, murder scene cleanups, even Fukushima’s toxic waste disposal — yet it manages to stay positive, to locate a delicate tonal balance between earnestness, laughter and tears.

In this era of copycat filmmaking in Japan, with its surfeit of franchised mainstream releases and its dearth of original stories, there’s nothing quite as exciting as a work that takes both its protagonist and its audience on a completely unexpected journey; nothing quite as heartening as the discovery of a fresh directorial voice, and of a young actor who has come of age and is apparently game for anything. 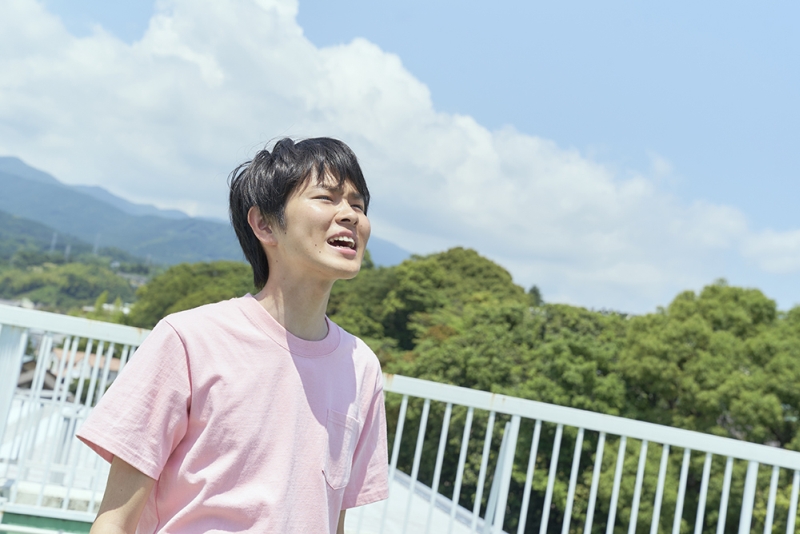 As the film opens, it is the 11th anniversary of Mirai Takatsuki’s recovery from a near-fatal disease. Members of the local community, who together contributed the staggering sum of 500 million yen ($5 million), to pay for his open-heart surgery as a child, have gathered at his mom’s house to watch the annual televised tribute to the lad.

Mirai (Ayumu Mochizuki), who is now a diffident high schooler, has increasing difficulties living up to everyone’s expectations. All the media attention amplifies his self-doubt, and the online attention is even worse: “You’d be better off quitting… a life like that,” a stranger snipes on SNS. Mirai types back, “I’ll die, then. Just watch me.” But before he can seriously contemplate his next step, another stranger cautions he has no right to kill himself until he’s paid everyone back for their generosity. 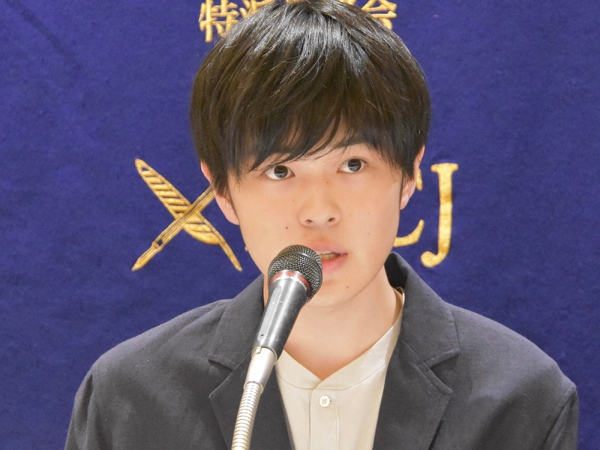 And so, Mirai sets out to earn $5 million. When construction work barely covers enough for daily meals, he moves on to more lucrative employ, some of it questionable, some of it downright illegal. Along the way, he learns a thing or two about the world and himself, and just what the value of life really is — and a journey that began with familiar echoes of the teen suicide/coming-of-age/road movie genres has grown into something far more poignant.

The unique twists and turns of 5 Million Dollar Life hoist it way above the average offering; but so does the infectiously charismatic performance of its young star, who has quietly built a resume of spot-on portrayals since earning accolades for his striking debut in 2015, as a junior high student who is killed by classmates in Solomon’s Perjury I and II. 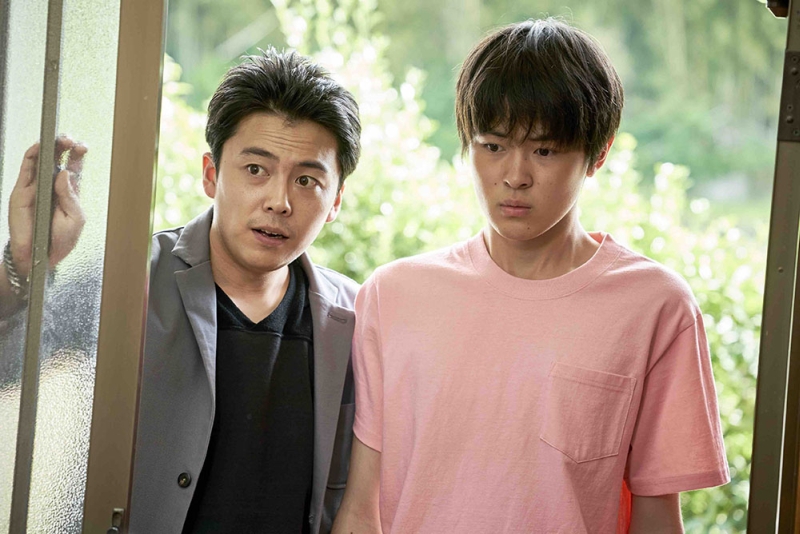 Mirai with one of his rescuers, a shady man played by Ryu Morioka.
© 2019 "FIVE MILLION DOLLAR LIFE" Film Partners

Mochizuki is such a natural for the role of Mirai, it comes as a surprise that it had not been written with him expressly in mind. During the Q&A session after our screening, director Sungho Moon told the audience, “He was just the perfect actor for the role. Everyone asks whether we [rewrote the script after casting him], but we didn’t have to. I’m really thankful we found him.”

The young actor beamed. Did he feel a kinship with the character? He agreed, “There are similarities, but we’re completely different people. There were a lot of aspects to him that I could empathize with. For example, since I’m an actor, I have to deal with the pressure of being out there and having people see me. The source of the pressure comes from a different place, but in that sense, I think we’re really similar.”

Asked what had drawn him to such an unusual story for his first feature, Moon admitted that he hadn’t planned on it being his debut, but he “doesn’t have any regrets” about getting the chance to make it. That chance was given to him when he and Naomi Hiruta, a veteran stage and TV scriptwriter, won the grand prize in the New Cinema Project. The initiative, backed by entertainment giants Amuse and Gyao, aims to bring greater originality back to Japan’s movie screens by supporting emerging talent who want to tell original stories.

A Hiroshima native, Moon had studied filmmaking in college in Korea before launching a career as a commercials director in Japan. In 2013, he was selected for the prestigious New Directions in Japanese Cinema project and directed the short 35mm film Michizure, giving him a powerful calling card in the industry. But Japan favors adaptations of existing properties, predominantly bestselling novels or manga. Luckily for us, Moon had other things in mind.

As the film explains, the average Japanese worker earns ¥230 million ($2.3 million) from birth to death, and the average lifetime expenditure is ¥210 million ($2.1 million) — meaning people devote just about their entire life earnings to live, and then they die.

How, then, did Moon and Hiruta arrive at ¥500 million ($5 million) for Mirai’s burden? “We looked at real-life cases of heart transplant surgeries and fundraising drives,” the director explained, “and the amounts raised were usually between $1 and $3 million. I made it $5 million for impact. Also, if it was an amount that was too close to reality, [we felt] it might conjure up traumatic memories for those who have actually gone through the surgery. So we fictionalized it.” 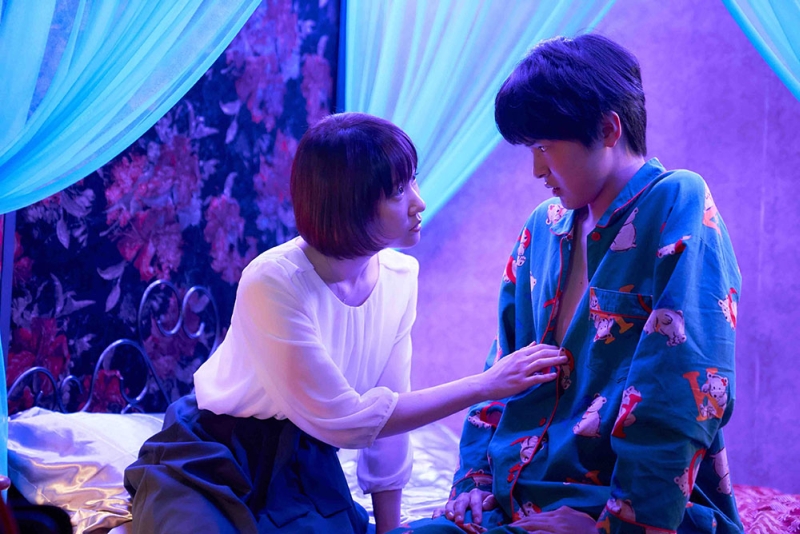 One of Mirai's many jobs, at Shared Sleep House TT Bears, with a customer.
© 2019 "FIVE MILLION DOLLAR LIFE" Film Partners

Given the film’s cynical attitude toward certain events, Moon was asked whether he’d intended a strong criticism of certain aspects of society. He replied, “Because this wasn’t based on another work, we did have a discussion about whether the protagonist should be male or female. But we decided that if she were female, it would have been a story you’ve seen: a girl prostituting herself in order to survive. Also, we drew a clear line about Mirai not committing any crimes himself in the film. Of course, the protagonist is essentially on the brink of life and death, so he takes on jobs that are also on the brink, that are risky.”

Somewhat like Blanche DuBois, Mirai has always relied on the kindness of strangers. At some point during his journey, he meets a pimp who teaches him a few things about self-worth, and later saves him from life-threatening danger. When Mirai asks why he’s been so kind to him, the pimp tells him that Mirai is the type of person who deserves it. One audience member was impressed with the concept and wondered where it came from. Moon admitted, “Ms. Hiruta firmly believes it. However, I don’t think it’s so binary; you can’t split people into just two types, those who deserve kindness and those who don’t. There are still times when you want to be nice to people who don’t necessarily deserve it.” 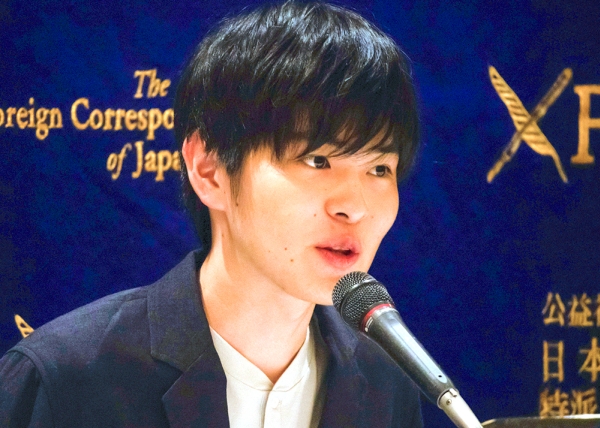 Mochizuki was asked whether he’d done any firsthand research on the many odd jobs that his character takes in the film, particularly the unsavory ones. “I did quite a lot of research on the jobs depicted,” he responded, “but I was under 18, so I never experienced any of them, or went to places [like the Shared Sleep House].”

Was he worried about taking a role that had so many risqué aspects? He smiled and nodded. “My mother is very strict. So my only real worry was What is she going to think when she sees the film?” And what did she think? “She hasn’t seen it yet.” 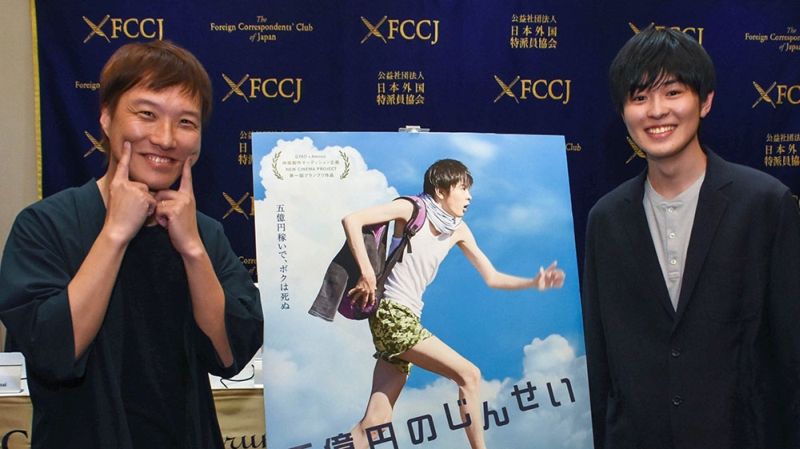 Before running away from home, Mirai tells the TV interview crew that he plans to study medicine, so he can save children in return for being saved himself. “Is Mirai going to become a doctor in the end?” asked an audience member. “I don’t think so,” said Mochizuki. “He probably can’t become a doctor.”

So what will he be instead? “I think that he’ll finally start doing things that he’d always wanted to do, or had chosen not to do, before [his journey]. At least that’s how I felt after watching the film myself.”

And what, he was asked, are Mochizuki’s own plans for the future? “I recently had the opportunity to act in (popular TV show) Mr. Hiiragi’s Homeroom, and I was really inspired by my costar, Masaki Suda. Because of him, I would like to play a teacher someday… but not one who is sick.” 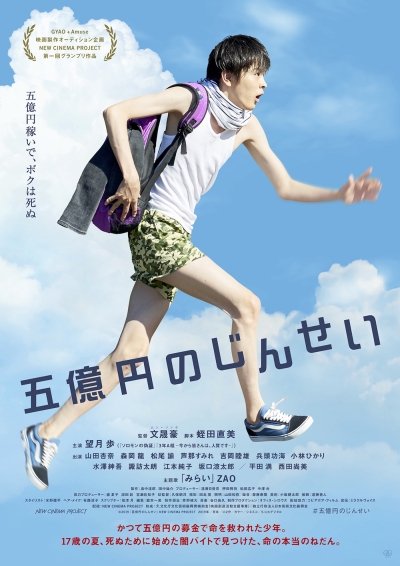