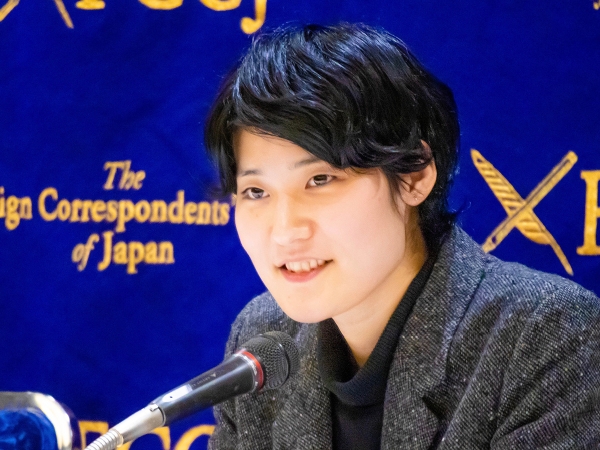 There’s nothing quite like being called the protégé of a beloved Cannes Palme d’Or-winning director to attract interest in your own directorial debut.

But while she must be feeling intense pressure from all the attention, Nanako Hirose displays the equanimity of a veteran. As she told the FCCJ audience following the sneak preview screening of her first feature, His Lost Name, “I’ve been watching Mr. (Hirokazu) Kore-eda work up close for a very long time, so I have to admit that his work is at the core of my own. I’m very grateful to him for allowing me to make my feature debut with this film, but I look at this as my declaration of  independence, as my becoming a filmmaker in my own right.” 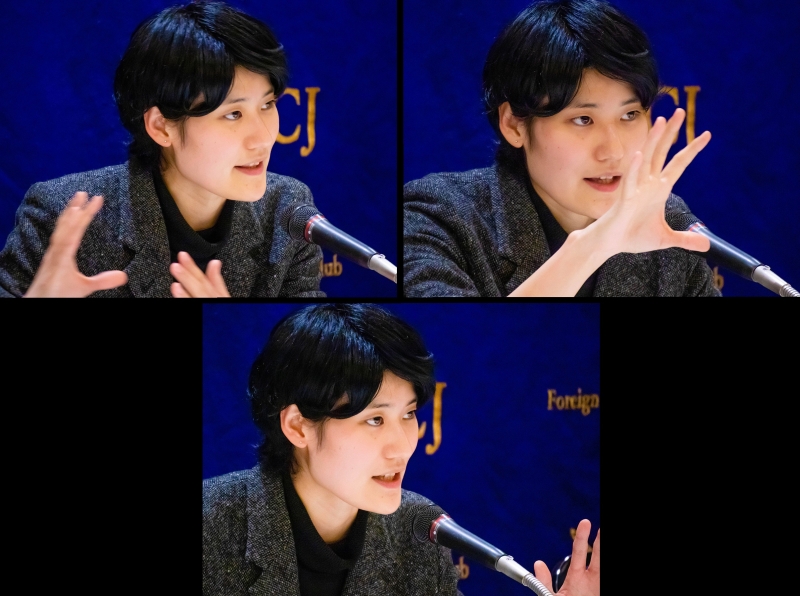 Hirose had joined Bunbuku, the production company run by Kore-eda and Miwa Nishikawa, in 2011, after graduating from Musashino Art University. Over the next seven years, she worked as a director’s assistant on Kore-eda’s TV series Going Home (2012), as well as his films Like Father, Like Son (2013), Our Little Sister (2015) and After the Storm (2016). She also served in the same capacity on Nishikawa’s The Long Excuse (2016).

Kore-eda and Nishikawa are credited with providing “development supervision” for His Lost Name, and when queried about the meaning of that, Hirose said, “Bunbuku is essentially a collective, and its mission is to discover and [nurture] new talent. We can propose a film project, and if it’s accepted, Mr. Kore-eda and Ms. Nishikawa will participate in and oversee the project. I started writing the script in the summer of 2016, and we went into production about 18 months later, shooting for about a month.” 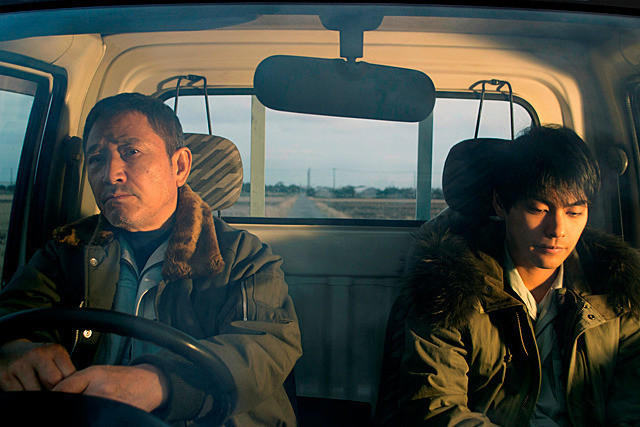 Kaoru Kobayashi rescues Yuya Yagira... or is it the other way around?
©2019 "His Lost Name" Production Committee

Like her mentor, Hirose takes her time telling her story in His Lost Name. As the camera gently observes their quotidian rituals, her characters grapple with unanswerable questions, and only gradually are the mysteries at the heart of her deeply moving film revealed.

As it opens, a young man grieves on a bridge, but we are spared his ensuing act of desperation. Discovered and rescued from the riverbank by taciturn widower Tetsuro (Kaoru Kobayashi of Midnight Diner), the young man (Yuya Yagira, Destruction Babies) is clearly torn between fleeing and staying. “Stay until you feel better,” suggests the older man, who seems to have an innate understanding of the youth’s anguish, and perhaps other reasons for the generous gesture. 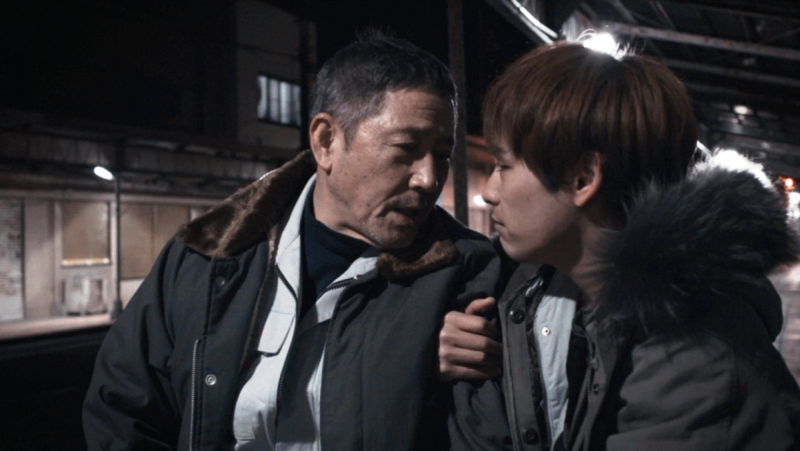 Later, he asks his name. “Shinichi Yoshida,” says the youth, hesitantly admitting that he’s “doing a little soul-searching,” and that he had been in the rural town “a long time ago.” Tetsuro assures him it’s none of his business, and that Shinichi must follow his own path to answers. But he immediately takes him under his wing, giving him a place to stay, teaching him carpentry skills in his woodworking shop and including him in get-togethers with his friendly coworkers and his younger fiancée.

In Hirose’s unhurried style, a lot goes unsaid. It is some time before we realize that “Shinichi” is also the name of Tetsuro’s dead son, and nearly half-way through the film before we are given even a hint of what dark secret is haunting the youth. When he finally breaks down and confesses, he unleashes the older man’s own feelings of guilt, regret and crippling self-doubt. Eventually, the relationship will begin to unravel as Tetsuro’s over-eager acceptance and Shinichi ’s past incites the suspicions of those around them. 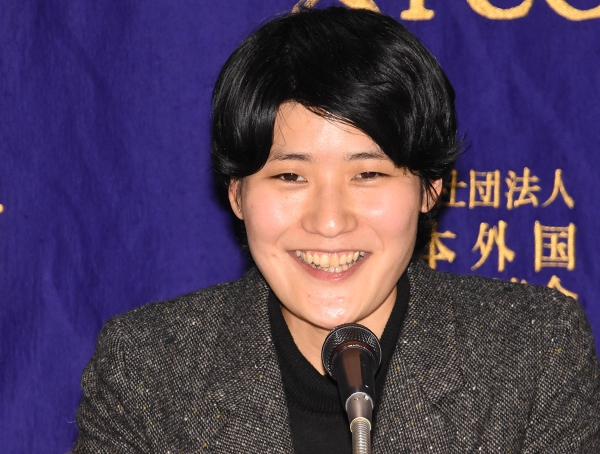 In brief remarks before the screening, Hirose had told the audience, “I will be pleased if you find similarities with Mr. Kore-eda’s work in this film, but I hope you'll also find differences.”

Pressed afterward to discuss how she had dealt with the comparisons that would inevitably be made, she said, “I was aware of the need to differentiate my work from Mr. Kore-eda’s and Ms. Nishikawa’s. I put a lot of thought into two points in particular: first, I didn’t want to spell out my intentions with words, or to rely on the dialogue too much. Second, I wanted to have the camera mirror the viewpoints of the characters.”

Elaborating on her approach to the film’s cinematography, Hirose explained that the film begins with the camera shooting from behind the characters, and then, “towards the middle, it starts shooting from in front of the characters, so it’s no longer pushing or chasing from behind, but rather pulling. I wanted this to reflect how we see the characters change. When we first see the protagonist, played by Mr. Yagira, we don’t know what he’s all about. He’s hard to read. I wanted to emphasize that. But as the story progresses, we start to understand him in a way, whereas the character played by Mr. Kobayashi starts out as a very friendly character, someone we can empathize with. But as the story progresses, it’s increasingly hard to figure him out, and we see the sort of madness that’s in him.” 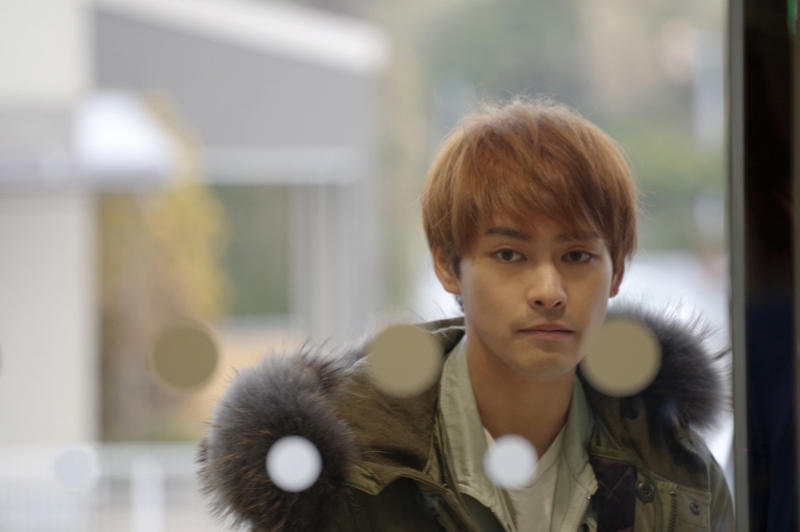 Hirose was asked whether she’d had any hesitations about casting Yagira, given that he had won the Best Actor award at Cannes for Kore-eda’s Nobody Knows when he was just 14. She responded, “Mr. Kobayashi was the first character that was cast. We had trouble deciding who should play the protagonist. We discussed Mr. Yagira at a very early stage, but as we all know, Mr. Kore-eda gave birth to his career, in a sense. So I felt a certain pressure about including him. I wasn’t initially sure about casting him.

“But [while writing the script] I ran into problems moving forward with the character, because he’s such a passive character. It was hard pushing him along. Then I discovered that if I imagined Mr. Yagira in the role, I could progress smoothly with the script. So we realized we had no choice but to cast him in the film.” 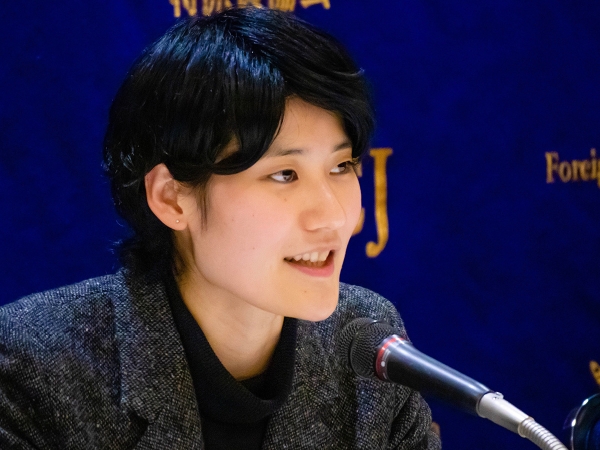 Asked about the casting of Young Dais, a rapper and film star who plays Daisuke, one of Shinichi’s colleagues at the woodworking shop, Hirose explained, “I cast him because I wanted a sense of danger and creepiness to the character. On the surface, he’s very nice and kind, but there’s an apprehension that comes with that. When someone’s too kind or says words that are overly kind, I’m always apprehensive. In the face of obsequiousness, I think our dark sides come out. It’s intentional that all the adults around Shinichi in the film are very kind. I think that’s reflective of contemporary Japan, and it homes in on the discomfort the younger generation feels.”

In response to a question about the film’s English title, the director said, “The Japanese title, Yoake, means dawn. The process that the protagonist goes through in the film is like walking through a dark tunnel, and the title reflects the hope that he will see the light of dawn. I really like the Japanese title, but when we discussed the English title for international sales, it seemed that a straight translation of the Japanese wouldn’t be specific enough. So we ultimately decided on His Lost Name because I thought it would be a good way to pull the audience in. Although it doesn’t reveal much, it has a hint of suspense to it, and I thought it was an accessible title.” 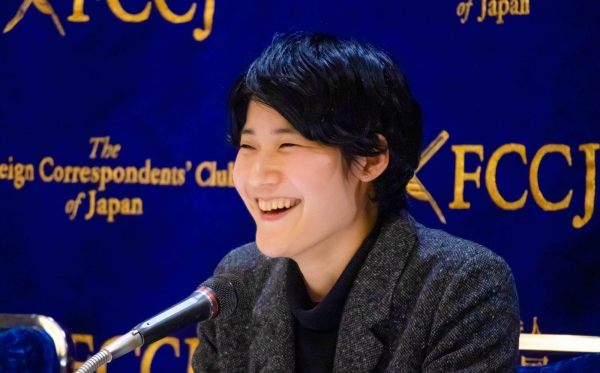 The film’s soundtrack is driven by a moodily melancholy score, written by American singer-songwriter Tara Jane O’Neil, not the most obvious choice for a Japanese filmmaker — but one that beautifully underscores Shinichi’s out-of- placeness. Said Hirose, “Since the film takes place in a rural area and is quite claustrophobic, I wanted to use music that was a little more free-spirited, let’s say. I initially wanted to use something like Nordic post-rock, but we couldn’t imagine which musicians we would be able to use.

“One of the producers, Eiji Kitahara, who’s my senior colleague at Bunbuku, knows a lot about music and has this very eclectic taste. One day he said, ‘Nanako, we’re going to a live gig tonight,’ and we went to Shibuya and saw Tara Jane O’Neil. It just happened to be the last day of her Japan tour. I thought her music was wonderful, and a really good match for the visuals I was imagining for the film. It had this expansiveness to it. So we went to discuss the soundtrack with her after the concert. She said okay right away, and that’s how the collaboration came about.” 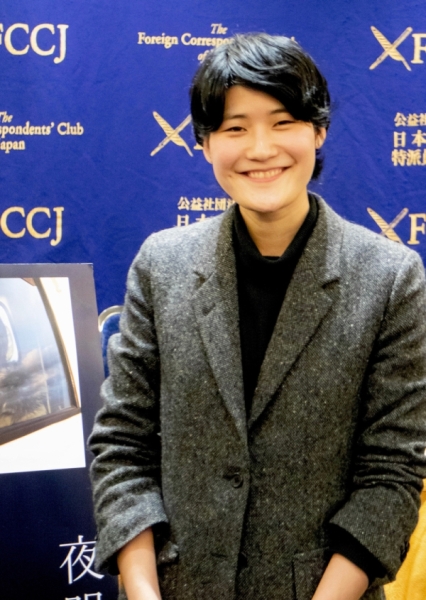 The Q&A session revealed that viewers had been interpreting the final scene of His Lost Name in different ways, and that their understanding could be attributed to neither national or generational backgrounds. Reporting what Hirose’s intention would involve a spoiler, so suffice to say that she did not intend to suggest an open interpretation. That the film’s ending creates ambiguity, opening the door to viewer discussion, is an accomplishment for a first-time filmmaker — and a tribute to the mentoring of Hirokazu Kore-eda and Miwa Nishikawa.

His Lost Name world-premiered at the Busan Film Festival in October 2018, won a Special Mention from the international jury at November’s Tokyo Filmex, and has just been included in the competition lineup of the Vesoul International Film Festival of Asian Cinema. It’s sure to have long legs. 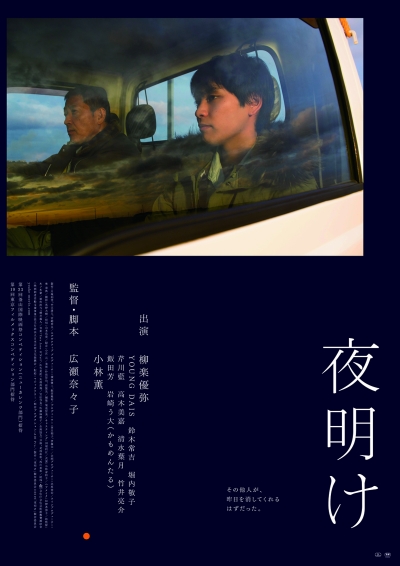