THE LEGEND OF THE STARDUST BROTHERS: Director’s Cut (Hoshikuzu Kyodai no Densetsu)

THE LEGEND OF THE STARDUST BROTHERS:
Director’s Cut
(Hoshikuzu Kyodai no Densetsu) 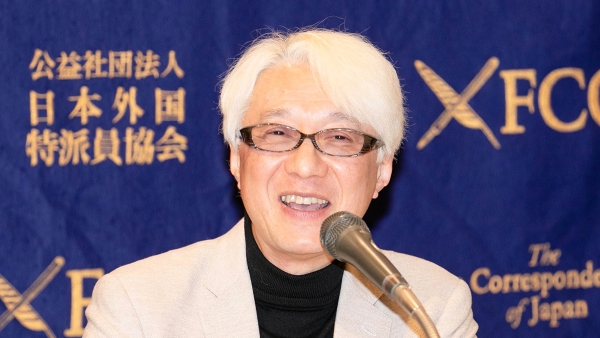 Makoto Tezka charmed the audience instantly with a story of gratitude for the foreign press.  ©Mance Thompson

As the FCCJ audience discovered, he is also many other things — prominent among them, “Master Storyteller.”

Tezka was at the club for a Q&A session following a special screening of his 1985 directorial debut, The Legend of the Stardust Brothers, released in Japan (and sadly, nowhere else), 33 years ago. The film has now been impressively remastered and given English subtitles by UK distributor Third Window Films, and the Film Committee was hosting the first-ever Japan screening of the English-subbed director’s cut. (In fact, FCCJ’s audience was only the fourth in the world to see the new version, following its October premiere at the Sitges Film Festival in Spain, and showings at the Hawaii International Film Festival and the Santa Barbara Film Festival.) 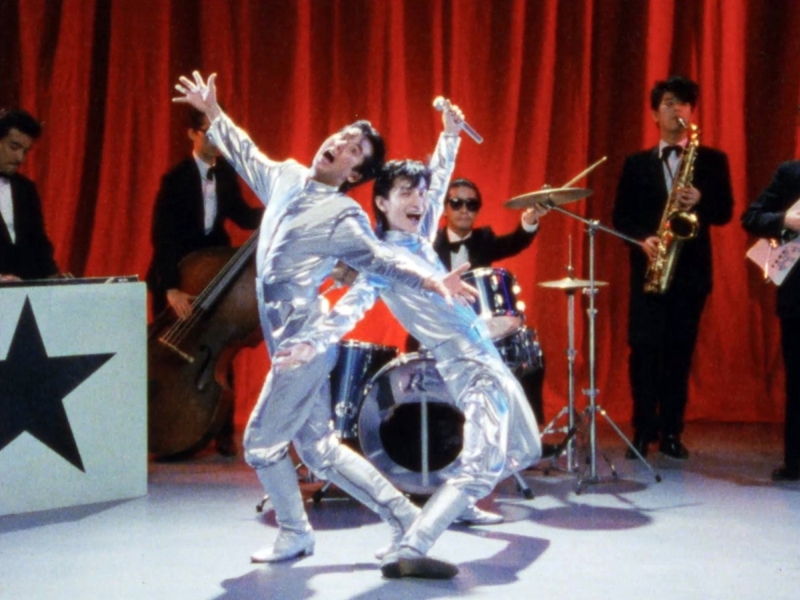 “I was just 23 years old when I made The Legend of the Stardust Brothers,” Tezka explained. “It was my commercial film debut and while it seems I was able to please audiences, I did not please the critics. Many of them said the budget was too low, the acting was crappy and it was just a cheap film. But then I met a foreign journalist who had come to Japan to view work by emerging filmmakers.

“Because I’d been so harshly criticized by Japanese critics, I found myself trying to explain that I was still young, I hadn’t mastered the technique, I didn’t have a big budget, my cast were all novices. She replied, ‘Yes, I can see that. But even the most celebrated filmmaker has to start somewhere. It’s not about the budget or the technique, it’s about what you want to express to the audience. That was very clear to me — I got it, I think it’s good and I recognize [your talent].’

“Her words saved me, and gave me the courage to continue making films” Tezka concluded. “So I’ve always been really grateful for foreign journalists." 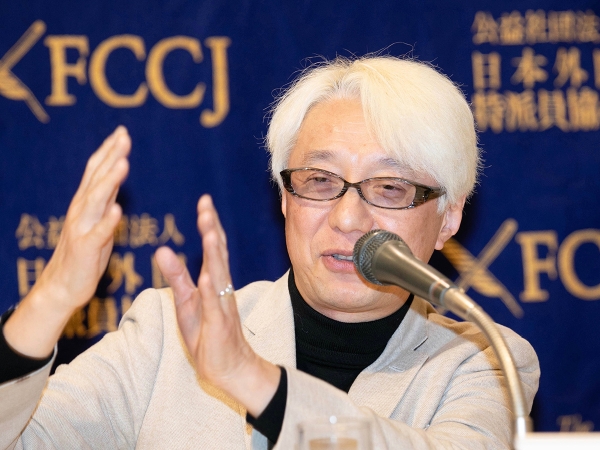 It’s hard to imagine Tezka not rallying, even without the critical approval. Born the son of legendary manga artist Osamu Tezuka, he had already made a number of experimental 8mm films as a student, and earned praise from the likes of renowned director Nagisa Oshima. Then he met musician, composer, producer, critic and radio-TV personality Haruo Chikada, who had written a soundtrack to a nonexistent movie called The Legend of the Stardust Brothers.

“The film started with the music,” Tezka recalled. “Mr. Chikada brought the album to me to make a film out of. I wrote the screenplay to match all the songs, and he added more songs as we made the film. He’s a very talented composer, and it was a real collaboration between us.” 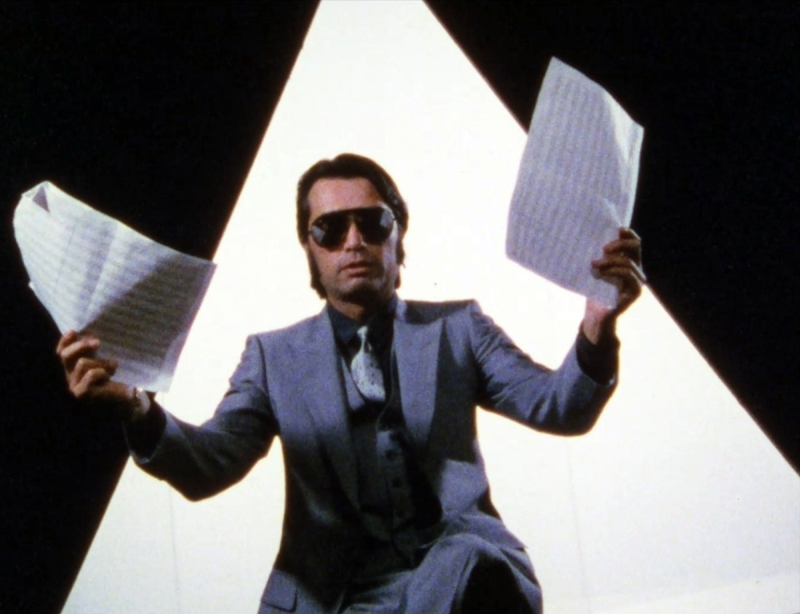 A zany pop musical with minimal dialogue, The Stardust Brothers follows a familiar storyline about the youthful thirst for fame and the exploitation of talent, as “lucky, sexy twins” Shingo (Shingo Kubota) and Kan (Kan Takagi) get their first break via shady Atomic Promotion President Minami (Kiyohiko Ozaki). They also get their first fan club president, Marimo (Kyoko Togawa), their first hit record and their first magazine covers. But it isn’t long before they realize that “Once you become No. 1, you sing the same song again and again forever.” 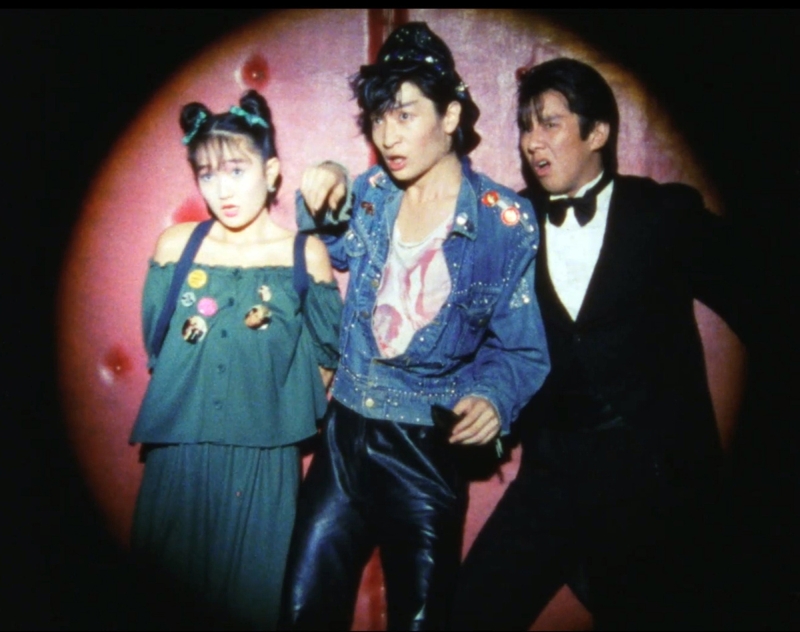 Soon, the band has personal problems and their brand image is tarnished. Minami, meanwhile, is seduced by a briefcase of cash to make a star of Kaoru (the Bowie-esque Issay), the son of a very powerful figure whose identity, when revealed, feels like a strikingly contemporary reference.

A time capsule of inspirations, the film draws from the likes of A Hard Day’s Night, The Night of the Living Dead, The Rocky Horror Picture Show and Phantom of the Paradise (Tezka dedicates the film to its protagonist, Winslow Leach), with dashes of animation, the Village People, Klaus Nomi, George Michael (ca. Wham!) and Las Vegas revues thrown in.

Endlessly innocent and kinetic in the way of vintage music videos, as well as hugely enjoyable, there are echoes, homages and pastiches from pop history, and juicy roles for some of Japan’s most interesting creators of the time, including musicians Kiyohiko Ozaki, Issay, Sunplaza Nakano and Hiroshi Takano; and cameos by mangaka Monkey Punch (“Lupin the 3rd”), Shinji Nagashima (“Hana Ichi Monme”), Yosuke Takahashi (“Mugen Shinsi”); and even emerging film director Kiyoshi Kurosawa (Tokyo Sonata).

Tezka was asked how he was able to attract talent like singer-actor Ozaki, who was then a household name. “Being young means being foolish,” he laughed. “ When you’re young, you don’t know what real fear is. So we boldly approached all these people. Mr. Chikada was already quite famous and established as a musician, and he’d appeared on TV many times. So I’m sure Mr. Ozaki knew about him. Also, Mr. Oshima had talked about my films to many distribution companies, and I’m quite sure Mr. Ozaki had heard about those, too. But unexpectedly, when he showed up on set, he told me, ‘I’m not an actor. I don't know how to act.’ Of course he’d appeared in numerous films by that time, but he still thought of himself only as a singer.” 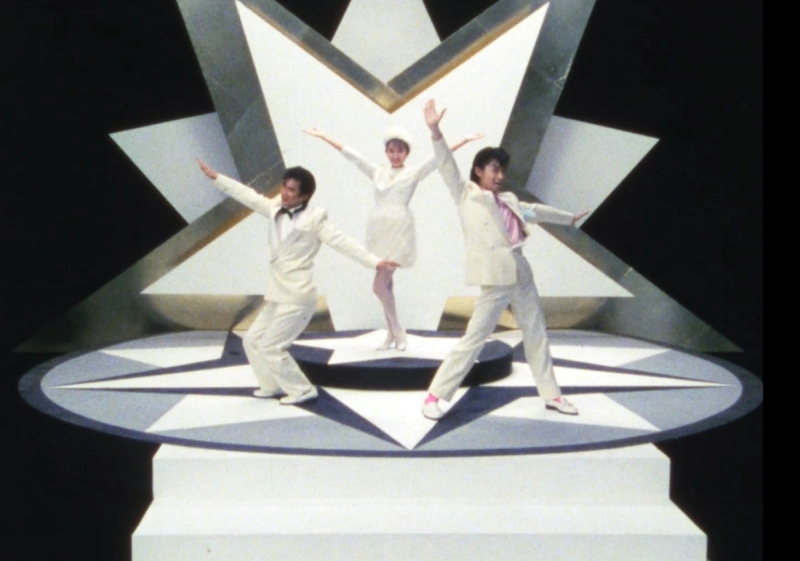 The director then offered one of the juiciest casting antidotes an FCCJ audience has ever heard. (SPOILER ALERT) “There’s a scene in which an actor appears in Hitler makeup,” he began. “We had first approached Toshiro Mifune to play the part. He agreed to do it, but he also said that if we used 1 second of footage, it would cost ¥1 million. We didn’t have the money in the budget, so we had to give up on that idea. We learned the hard way that if you want big names, it will cost big money.

“So we adopted a different approach and decided to go after non-actors. Our next idea was Akira Kurosawa. But he said he couldn’t make it, because he was in the middle of directing Ran. So we went to Nagisa Oshima. He was also in the middle of a shoot. So we tried yet another approach: how about a big artist? We went to Taro Okamoto, famous for his Tower of the Sun. He actually said okay, and we were elated, imagining the chair swiveling around and revealing it was Taro Okamoto. But after we’d told him details of the scene he would appear in, he said, ‘I don’t like politicians and I do not want to play one.’” 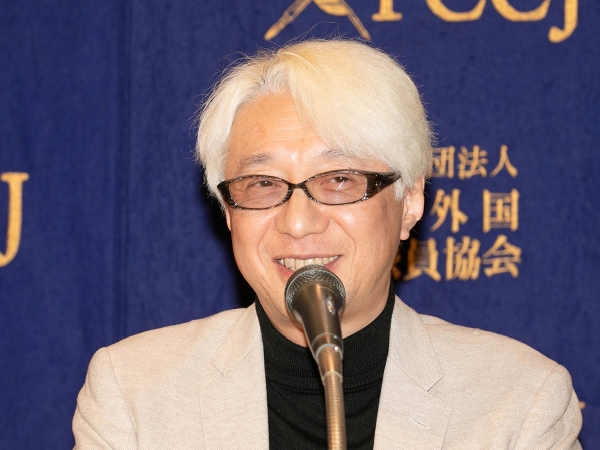 A critic wondered whether Kentucky Fried Movie had been one of Tezka’s inspirations. “When we were working on the film, Mr. Chikada and I discussed a lot of rock musicals and cult movies,” the director responded. “But it was such a simple story, about these two boys and their stairway to stardom. What I had in mind were films by Richard Lester, like A Hard Day’s Night, and Mel Brooks’ Young Frankenstein, and there are also some Monty Python references.”

Asked about the intriguing animated interlude in the film, Tezka said, “I wanted to include that fantastical sequence, that hallucination in which the protagonist turns into an animated figure. I ultimately asked Yosuke Takahashi, a young manga creator back then, because I was a big fan of his work. I could have gone to my father’s company, but it would have cost us a lot of money that we simply didn't have.” 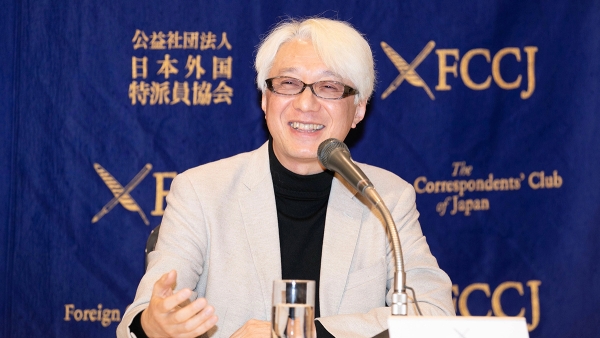 In 2016, marking the 30th anniversary of The Legend of the Stardust Brothers, Tezka created a sequel/remake to the original film. He recalled, “It all started with a discussion about doing a live concert to commemorate the anniversary. One of the original musicians said he would bring in sponsors, and suggested that we make a new film. I told him, ‘If you can get the funding, I’ll make the film.’

“After we went ahead with the production, the musician came back and told me  the sponsors had pulled out. Normally, in a case like that, you would just pull the plug. But we’d already assembled the cast and crew, and I’d always had this sense that I hadn’t done as well as I could have with the first one. So I wanted to give it another go. 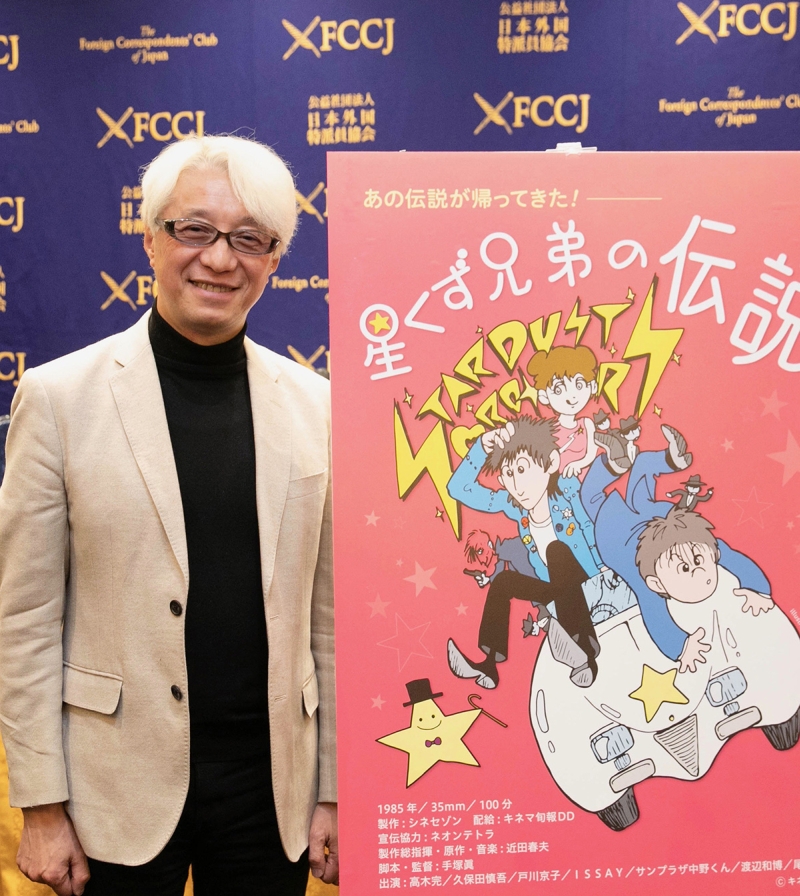 Following further international festival play, Macoto Tezka’s original The Legend of the Stardust Brothers is set to be released on BD/DVD in March 2019. 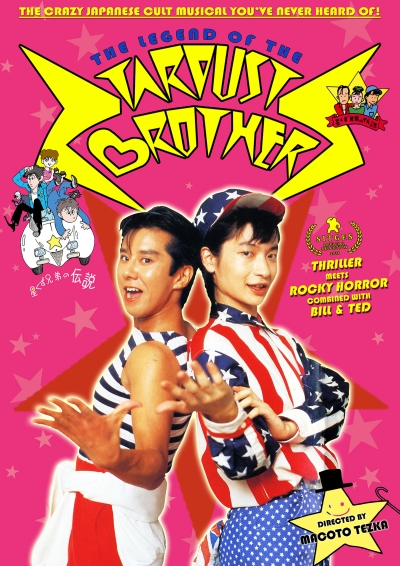