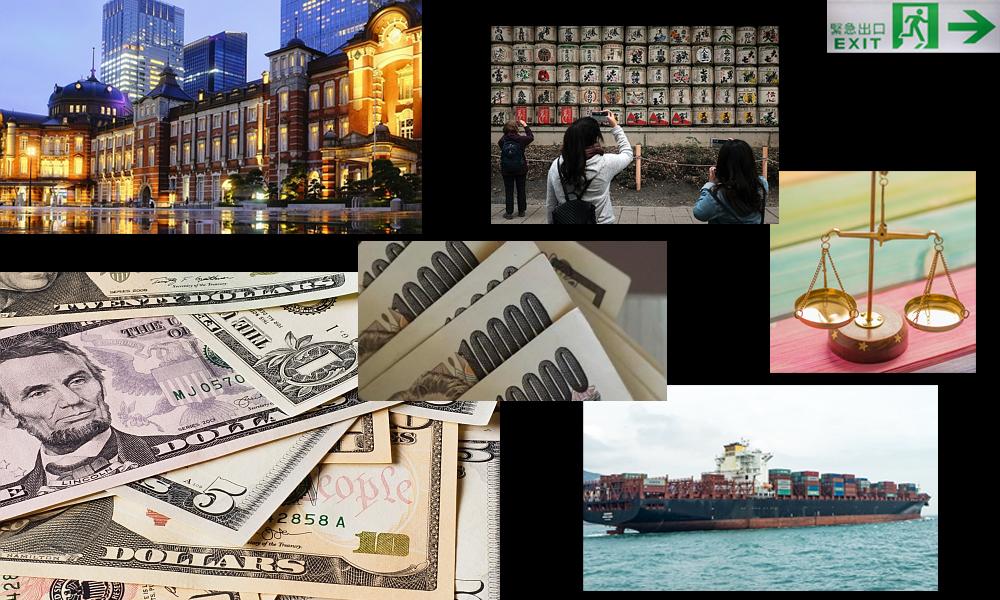 Deep Dive Series: "How long can Japan hold the line on the Yen?"

Bank of Japan Governor Haruhiko Kuroda has made it clear that, barring any sudden emergency, the Japanese central bank's monetary policy will not change on his watch, which ends next March. Meanwhile, Kuroda's former boss at the Ministry of Finance, Eisuke Sakakibara, has predicted that the yen could fall to 170 to the dollar in coming months. So, it seems to be "all downhill from here" for the Japanese currency.

But the yen's decline to a decades-long low against the dollar and other currencies must come to an end at some point, either when the US Federal Reserve stops raising rates or the BoJ ends monetary easing - or both. The question is, when will that point come and at what level for the dollar/yen rate?

While other central banks are marching nervously in step raising interest rates to stem inflation, forcing up the market value of their currencies in the process, why is the BoJ so relaxed about holding rates at historic lows, and is it courting economic and financial system risks in the process?

Deep Dive has invited three prominent financial analysts - Hiromichi Shirakawa, Richard Katz and Jesper Koll - to explain where the yen is headed and why, in the short to medium term. A lot of money hangs on this question so do not miss the chance to hear this expert panel's views and to ask questions.

RICHARD KATZ is a Special Correspondent for Weekly Toyo Keizai and a Carnegie Council Senior Fellow for the Asia Dialogues Programme. He has authored two books on Japan- "Japan: The System That Soured- The Rise and Fall of the Japanese Economic Miracle" and "Japanese Phoenix: The Long Road to Economic Revival." He has taught on Japan as an adjunct professor in economics at the State University of New York at Stony Brook and at the New York University Stern School of Business.

HIROMICHI SHIRAKAWA joined Credit Suisse Securities (Japan) in April 2006 as Managing Director and Head of Economics for Japan. In June 2017, he was appointed Vice Chairman of Credit Suisse Securities Japan. Mr. Shirakawa began his professional career at the Bank of Japan in 1983, where he spent around 16 years, mainly in charge of research and analysis of money and credit markets. He was a special assistant to the governor in 1997-1998. From 1991 to 1994, he was a senior economist at the Organization for Economic Co-operation and Development (OECD) in Paris and from November 1999 to March 2006 Chief Economist at UBS Securities Japan.

JESPER KOLL worked from 1985 as a research fellow at the University of Tokyo and the University of Kyoto before building his career in finance. He served as a Managing Director and Chief Economist for major US investment banks, JP Morgan Japan Securities and Merrill Lynch Japan Securities. He is an Expert Director at Japan-based Monex Group, an Investment Committee member of the Japan Catalyst Fund, and serves on the Board of Directors of OIST the Okinawa Institute for Science and Technology.

Details on how to join online will be sent to individual emails by Wednesday, November 9.

Non-members can reserve at the reception desk only by email front@fccj.or.jp
Payment by Non-members must be made in advance by 3PM, Wednesday, November 9.

No refund is available unless the event is cancelled by FCCJ.
Member reservations cancelled less than 24 hours before the event will be charged in full.
We kindly ask for your cooperation with Covid-19 prevention measures at the reception and to wear a mask in the premises.