THE PAPER for Art and Life
Artwork by Hiroshi Sunto

I studied nihonga-style painting since I was young and a few years ago began experimenting with stiff oil painting brushes to make thick line portraits. With a background in designing magazines and record jacket covers, I enjoy creating images that are bold and graphic. I didn't have any particular plans for showcasing these paintings until a friend suggested making a large tabloid size free-paper and putting my artworks on the cover. I though it was fun idea to do something in printed media as so much of the work nowadays is shown digitally over the internet. The artwork in this exhibition is the process that led to the creation of the 'THE PAPER' 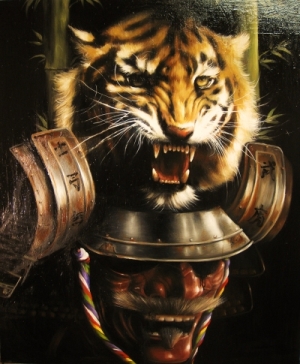 "Pride weighs heavier than life itself" - As something we modern people have forgot, these words sound an echo in our hearts. Here is the way of life seeking true value in modern society dominated by capitalism. This is the reason why I paint the series SAMURAI SPIRIT. A pride that refers to a way of living and discovering a life in a sense of aesthetics. As a modern expressionist, I would like to live up to this aesthetics of myself.

NEOISM - A proprietary way to express past artistic works and combined with modern sense.

Focusing on the Italian Renaissance culture, which had an impact on art, philosophy and religion, particularly Leonardo da Vinci, whom I feel is greatest example on which to aim. Additional influences are Japanese "Bushido" and "Dandyism" as a basis for life perspectives along with 1970s culture, especially record album covers and movie posters. 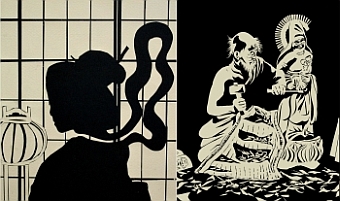 Lafcadio Hearn, also known by his Japanese name Yakumo Koizumi, was a writer known for his books about Japan, particularly Yokai stories of supernatural monsters, spirits, and demons in Japanese folklore. Originally born in Greece, he was raised in Dublin, educated in England and France, and worked in United State before moving to Japan in 1890. In addition to Hearn's writings, he taught literature at Tokyo and Wasuda universities, influencing many well-known Japanese writers at that time.

The other subject of this exhibition is Mokujiki Shonin, a wondering monk and artist who traveled throughout Japan depositing his smiling Buddha sculptures at the sacred sites he visited. During his pilgrimage which took him from the northern part Hokkaido to the southern island of Kyushu, Mokujiki Shonin made over a thousand of "Min-gei" sculptures, the name that has been given to describe freedom and harshness of nature and the innocence of this artwork. 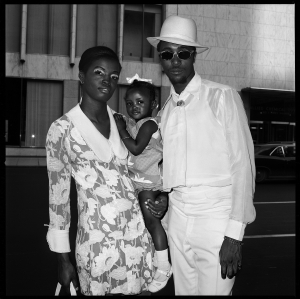 Oyako Day is on the 4th Sunday of July and in celebration of that special bond, this month's exhibition is a group show featuring images of parents and children in Japan and overseas. Photographs from China, Bangladesh, Myanmar, Vietnam, Cambodia, and Mongolia, to Syria, Palestine, Ethiopia, Uruguay, United States, and under the sea are included in this show. The pictures were selected from a mix of 25 well-known and up-and-coming photographers who have focused their cameras on parents and children. 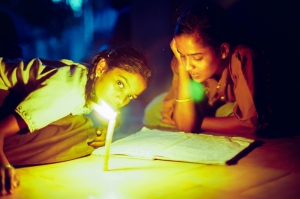 Improving the lives of children in the world.

What is necessary to study? Is it stationary? Is it a classroom? It is so hard for working children to go to school. If they could spare just a little time for studying, even it wasn't at a school, it would be their "Class Room". The learning is not limited to academics. Other activities including music, sports, art, and even just having fun are important. If more children in the world could spend time in a learning environment, it will help them to prepare for the future. In the nearly 20 years that I have been involved with the NGO, KnK Japan, I have visited several overseas sites and met numerous children. Sometimes it's depressing to see children in the difficult situations, but it can also be moving seeing them trying their best with clear eyes. I wish to share what's happening, which is why I took up photography. I will not say that I have changed the children's world through my photos, but I hope to make their lives better as a humanitarian photographer. 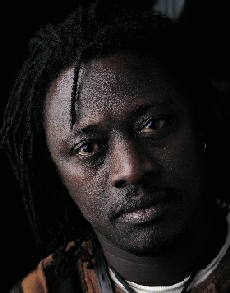 It has been more than a quarter century since I first set foot on the good earth of Africa in 1991.

Since then, as if possessed, I have traveled incessantly to Africa, encountered tremendous African musicians and taken numerous portraits of them with a large 4x5-inch format camera. It is my belief that a portrait taken using a large format camera can capture the whole of its subject's life and strongly express it including his/her soul.

For people in Africa, song, dance and rhythm are an indispensable part of their daily lives. In one sense, these photos are unsolicited love letters from me to them.
As I encountered the lively, engaging faces and figures of these people, which seemed to be prototypically human and represent something that the Japanese were losing, I was smitten with Africa. Smitten, indeed. 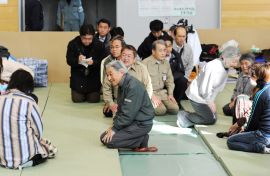 The Foreign Correspondents' Club of Japan is very pleased and honored to present this special photography exhibition of the Imperial Family in the same month as Emperor Akihito prepares to retire from official duties on April 30. His elder son Crown Prince Naruhito will become Emperor the following day on May 1, ushering in a new period and bringing the Heisei era to a close.

A law was passed last year to allow Emperor Akihito to retire, the first such abdication in 200 years. The 85-year-old Emperor implied in an address to the nation in August 2016 that he was concerned his age will hinder him from performing his duties as "the symbol of the State and of the unity of the people" as stated in Japan's post-war Constitution.

Kakejiku are hanging scrolls that were brought from China to Japan as a tool to spread Buddhism 1,500 years ago. Nowadays, Kakejiku needs an evolution to transform itself into a new form of art and interior decoration.
We are a team of Japanese craftsmen and talented artists/designers who aim to create a new style to enjoy life with Kakejiku art. We believe that it is one of the best interior decorations for art lovers with its advantages of lightness and compactness.
In our exhibition at FCCJ, we are exhibiting 33 Kakejiku scrolls coordinated by designers from DAS Designers Association. We hope you will enjoy these artworks and support our team in the future. 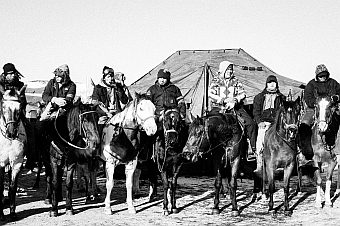 In 2014, the proposal was passed to construct the Dakota Access Pipeline (The Black Snake). The plan was to build a 1,172-mile underground oil pipeline crossing from North and South Dakota, through Iowa, and Illinois.

The Standing Rock Sioux elders were concerned about the environmental impact to Native American’s sacred lands and pollution of the Missouri River and Lake Oahe, the source of water for their reservation. In early 2016, a camp was made as the center for cultural preservation and spiritual resistance to the construction. After first protesters were arrested in the spring, the number of people opposing the pipeline increased tenfold. In addition to the Standing Rock community, supports included more Native American tribes, national and international environmental groups, and other concerned citizens. The  #NO DAPL Movement spread across the country and awakened the world to their plight. In December of that year, President Obama's administration halted the construction under the Missouri River. However, in February 2017, newly elected President Trump signed an executive order to resume work on the pipeline, which was completed in April 2017. 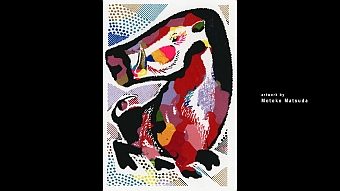 Welcome to year of the boar, the 12th and last animal in the Chinese calendar. With its chubby face and big floppy ears, the boar is a symbol good fortune and wealth. Under the influence of the peaceful and sensible boar, 2019 is expected to be joyous year and a time to reflect on the past 11 years. To celebrate the start of the year, the following artists have created their image of our portly friend.