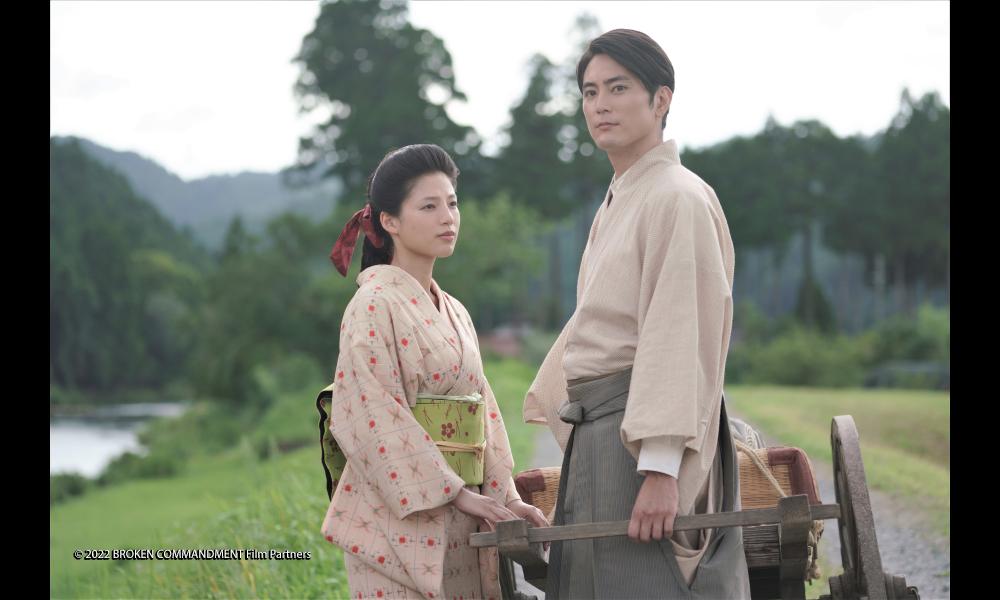 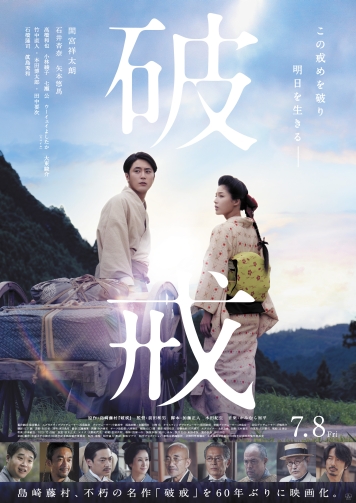 One hundred years ago, the Founding Congress of the Zenkoku Suiheisha issued Japan's first-ever human rights declaration, arguing that Burakumin, Zainichi Koreans, Ainu and other "disadvantaged minorities" deserved the same respect accorded others, and encouraging them to overcome "contemptible class differences" by uniting in efforts to "emancipate ourselves by promoting respect for human dignity."

Marking this important centenary - and reminding us that there is still much work to be done - is Kazuo Maeda's moving new adaptation of Toson Shimazaki's classic 1906 novel, "Hakai" (The Broken Commandment). It is the first film adaptation in 60 years of the timeless masterpiece, which was previously brought to the screen by Keisuke Kinoshita in Apostasy (1948) and by Kon Ichikawa in The Outcast (1962).

Set against the backdrop of the Russo-Japanese War, "Broken Commandment" tells the story of Ushimatsu Segawa (Mamiya), a compassionate rural schoolteacher who is living a lie that extracts a heavy toll on his soul. In childhood, Ushimatsu promised his father to never reveal his roots in the hisabetsu buraku (discriminated class), as he would be labeled an eta (pariah). It's a secret that has allowed him to become educated and avoid social rejection, but has also brought him a great deal of private agony.

Ushimatsu idolizes Rentaro Inoko (Mashima), a burakumin rights' activist and successful writer, whose latest work begins with the brave confession "I am an eta." But the schoolteacher is in love with a young woman from the former samurai class, Shiho (Ishii), and his courage fails him whenever he attempts to confess the truth to her. Unfortunately, a new colleague is also interested in Shiho, and sets about fomenting suspicion about Ushimatsu's background. He must either find his voice or flee.

"Broken Commandment's" stirring depiction of a man's awakening touches on issues that continue to plague us, from racism, classism and sexism to militarism. As the production notes put it, "Japan today is in a situation similar to that of the age of nationalism at the end of the Meiji period, with constitutional reform, revision of the Imperial Rescript on Education, and the rise of the opinion that war is inevitable."

Please join us for this sneak preview of "Broken Commandment" before the Japan release on July 8, 2022.

For more (in Japanese): https://hakai-movie.com

Director KAZUO MAEDA began his career as an assistant director for TV series at Kokusai Hoei, Toho, Daiei and Toei. In 1985, he directed and produced four large-scale exhibition films for the Tsukuba Science Expo, focusing on the indigenous cultures of various regions in Japan. He has since directed films, commercials, TV dramas, large-scale exhibition films, and promotional and educational films. His major works include "Fevered Angels" (1999) with Kippei Shiina, and "Mimi wo Sumasu" (2005), winner of the Grand Prize at the Educational Film Festival and the Minister of Education's Prize.