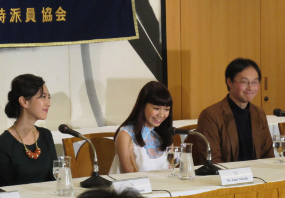 The captivating Au Revoir L’ete, the award-winning new film from director Koji Fukada, kicked off our 2014 Film Night screenings. Three years after his blackly humorous Hospitalité scooped up awards and wowed international audiences, Fukada’s charming homage to Eric Rohmer has been following suit on the festival circuit. Fukada was joined by next-generation film royalty producer-actor Kiki Sugino and star Fumi Nikaido for the Q&A, during which Nikaido revealed that she had been shooting Sion Sono’s Why Don’t You Play in Hell?— in which she plays a bitch on wheels — at the same time as Fukada’s film. In Au Revoir L’ete, Nikaido (of Himizu fame) plays the beguiling 18-year-old Sakuko, who accompanies her aunt to the countryside for a few weeks in the waning days of summer, meets a variety of local characters, befriends a Fukushima refugee who works part-time at his uncle’s love hotel, and observes the increasingly complicated love lives of her aunt and other adults with growing interest. Leisurely paced and gently comical — but packing an emotional punch or two — Au Revoir L’ete brought a ray of summer warmth to a frigid January day at FCCJ.
— Photos by Koichi Mori except where noted. 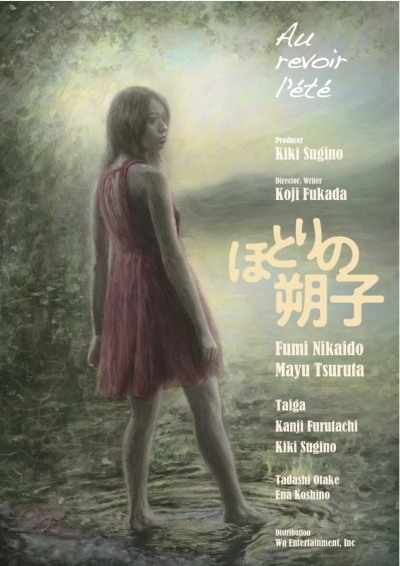