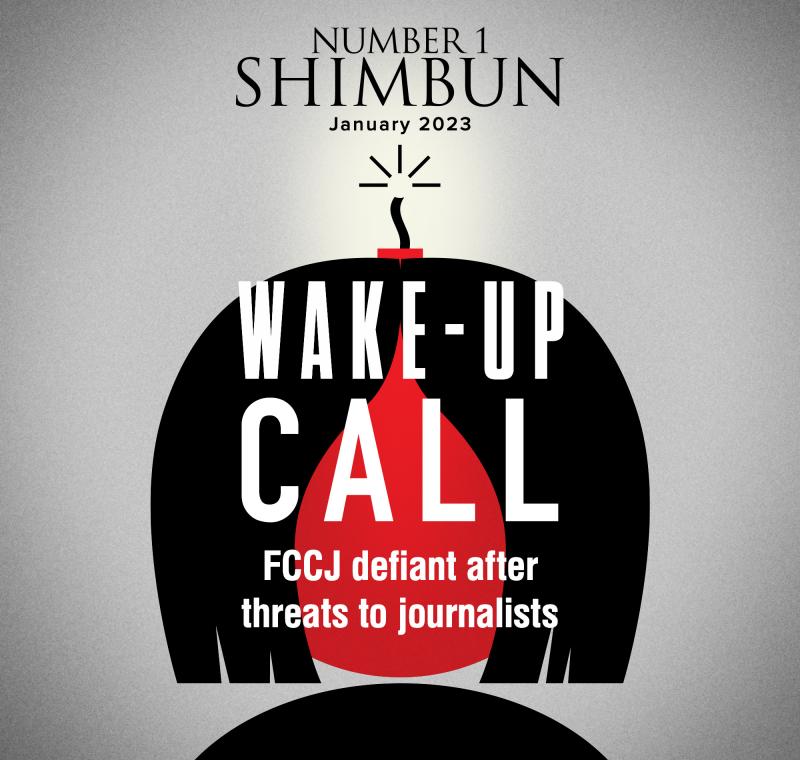 There can’t be many FCCJ members who have managed to evade criticism of their reporting, whether in the form of a firm but polite email or, more commonly, a personal insult hurled from the safety of online anonymity. As 2022 drew to a close, we were reminded that verbal brickbats can descend into something far more sinister, when the club received several calls from someone who threatened to bomb its premises and kill two of its regular members. Thankfully, the caller – reportedly a woman with extreme rightwing views – did not carry out the threats and was quickly arrested. In this issue, David McNeill revisits the episode and notes that it was not the first time the FCCJ has been targeted by extremists. December also marked an important anniversary – 25 years since the COP3 UN climate summit. Eric Johnston, who was there to witness the birth of the Kyoto protocol, explains why the agreement was always doomed to fail. Writing for the Number 1 Shimbun for the first time since I became editor two years ago, Eiichiro Tokumoto looks back at the extraordinary life and times of communist-turned-rightwing fixer Seigen Tanaka. In his other guise as our Hokkaido correspondent, Eric gauges the status of Sapporo’s troubled Olympic bid, while Philip Brasor tackles the politics behind naming Japan’s imperial eras in his regular review of Japanese media. Elsewhere, Ilgin Yorulmaz looks at gender inequality in the traditional performing arts of noh and kyogen, Anthony Rowley provides a timely overview of the state of the Covid-19 pandemic in Japan, and Fred Varcoe broaches the sensitive issue of child custody in international marriages.