Almost exactly 2 years after the sinking of the Sewol Ferry off the coast of Donggeochado Island, South Korea, the Film Committee screened Diving Bell: The Truth Shall not Sink with Sewol, the first documentary completed in the aftermath of the disaster. Although we generally host sneak previews of brand-new films only, showing them just before their theatrical releases, there are a number of mitigating circumstances that have kept this 2014 film at the top of the headlines.

Chief among them is the unresolved nature of the Korean tragedy: Since the overloaded ferry capsized and took down 304 passengers — mostly high school students — with it, there has been no real closure. The South Korean government has been roundly criticized for its ineffectual disaster response and attempts to downplay culpability; the media has been blamed for toeing the government line; the ferry operator, captain and crew, who abandoned ship, have been charged with criminal behavior. 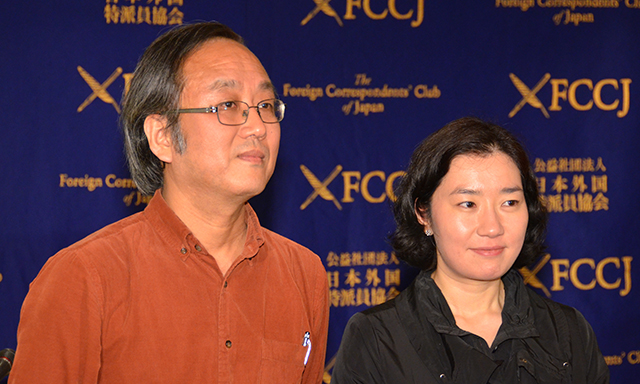 But of equal newsworthiness is the position of Diving Bell in a still-unfolding battle for freedom of speech and the future of the Busan International Film Festival (BIFF). When the film’s title was included in the BIFF 2014 lineup, pressure was immediately applied by the Busan City Council to withdraw it. BIFF Director Yong-kwan Lee rightly rejected the government’s interference, inviting demands for his resignation. Asian film authority Tony Rayns termed it “a textbook example of an attack on free speech and an impulse to silence opposing voices.”

Lee stood firm, the film was screened as planned in October 2014, and the national government immediately slashed its subsidies to the festival, which is considered to be Asia’s largest and most vital. The Busan City Council then stepped up pressure. Throughout 2015, thousands of supporters around the globe signed petitions and sent messages of solidarity for Lee and BIFF. Ignoring the international outrage, Busan Mayor Byung-soo Suh allowed the festival director’s contract to expire in February 2016. Korean filmmakers soon announced they would boycott BIFF 2016 if city authorities do not allow it to operate freely. Five other Korean film festivals also publicly admitted that they had also had problems with government interference.

Finally, just two days before the FCCJ screening of Diving Bell, an association of Korea’s top film bodies announced they would encourage all members to boycott BIFF 2016, reducing even further its chances of being held as normal.

Ahn, has a long relationship with Japan, and made all his remarks in fluent Japanese.

Making the timing of FCCJ’s screening seem even more prescient, on April 19, Reporters Without Borders announced its 2016 Freedom of the Press rankings, and warned of “a new era of propaganda.” To no one’s surprise, South Korea had tumbled 10 places, down to #70. But of greater impact was this: Japan’s ranking plummeted 11 places, putting it even lower than South Korea, at #72.

Clearly, Diving Bell is now in the unenviable position of being the Korean bellwether of that most insidious journalistic trend, press “self- censorship,” as well as the issue of film festival censorship, either from within or without.

As one FCCJ member reminded the audience, just weeks ago, the Tribeca Film Festival in New York was forced to pull the film Vaxxed: From Cover-Up to Catastrophe, due to a public outcry over its “discredited” claims that MMR vaccines cause autism. Festival head Robert De Niro, the father of an autistic son, criticized the uproar that forced the film from the lineup.

As for the city’s pressure to withdraw Diving Bell from the BIFF 2014 lineup, director Hae-ryong Ahn said he came to realize “It was not really the content of the film itself that was a problem. The issue was not the safety of the people of Korea but the safety of the government, and that’s what motivated the effort to quash the film.” But he also admitted feeling that “I was the cause of the problems that the festival is facing now, and I feel responsible for that.”

The BIFF controversy did have the unintended effect of boosting the film’s public profile. Producer Hei-rim Hwang explained, “The film did not get distributed in the major multiplexes, but it was shown [in limited screenings] in 25 smaller theaters and community halls, with attendance topping 50,000. Considering the limited release, this was quite good. Also there was good word-of-mouth, and we had Q&A sessions with the families of the victims. Most people came thinking they would see what they’d already seen on mainstream media, but they realized it was only one side of the story. What we were trying to do was ask ‘Why not listen to the other side of the story as well?’ We’re not saying that this is the truth, but that there is another side to the story. We wanted to open the door to a debate about what really happened.”

Diving Bell follows investigative journalist Lee Sang-ho (a charismatic, Michael Moore-style truth-seeker) as he rushes to the coast of Donggeochado on April 16, 2014, shortly after the Sewol has sunk. To his dismay, he discovers he is one of the few reporters on site, and that the rescue work by Korea’s Coast Guard has stalled. The failure to save a single passenger during the “golden time” of the first 72 hours, when it is critical to reach and rescue trapped victims, is blamed on strong currents and poor visibility. Yet when news reports begin airing, they claim that all 476 passengers have been safely rescued. Lee stays on site as the tragedy unfolds over the ensuing weeks, talking with grieving parents and witnessing the government’s failure to organize a competent search-and-rescue operation. But it is the vilification of one potential hero, Lee Jong-in, who brings a diving bell at his own expense, knowing that it could greatly hasten the discovery process, which gives the film its reverberating bite. 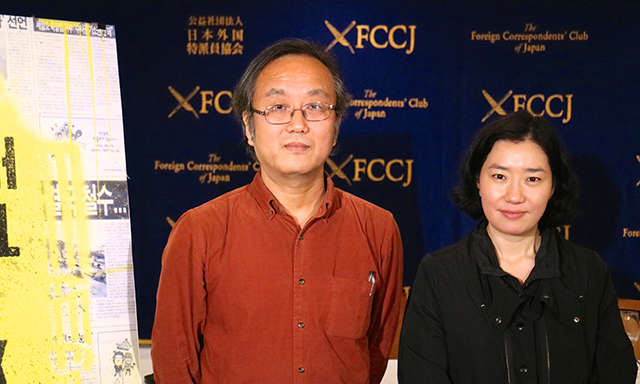 The you-are-there immediacy of Diving Bell still feels bruising, two years after the event. Like many a story whose ending we already know, it unfolds like a nail-biting thriller, with unforeseen twists and turns that are so improbable, they can only be true. Winner of the Grand Prix at the 2015 Fukuoka Asian Film Festival, the documentary offers a dramatic eyewitness vision of the horrifically botched rescue effort, the unresolved controversies over the diving bell, and the still-ongoing media distortion that cloaked the realities of the event. In the film’s final moments, journalist Lee Sang-ho talks with a grieving father who blames himself for his son’s death aboard the Sewol. “What do you want?” he asks. “People deserve the truth,” sobs the father. 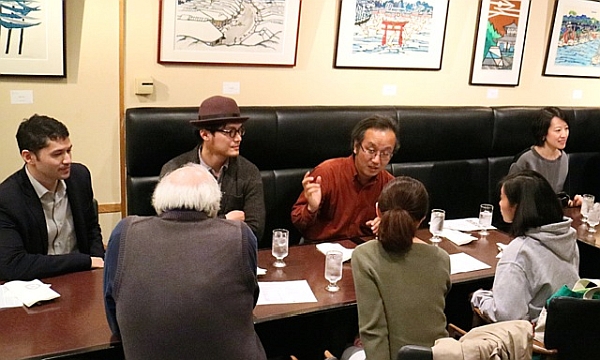 Ahn joined audience members after the screening, and there was spirited discussion.©Koichi Mori

Is there renewed hope about the truth following the April 13 elections, in which South Korean President Geun-hye Park’s party was stripped of its majority in Parliament? “The election has already changed things,” said Ahn. “There was even an article in [a conservative newspaper] saying that film is entertainment, and politicians shouldn’t get involved in [censorship attempts.] It’s possible that this will allow the media to be more aggressive in their reporting about the powers that be. In Busan itself, five opposition-party members were elected, and this may cause a shift in the overall thrust of the city government.”

Other documentarians have been doing follow-up research and filming on the Sewol, and perhaps, just perhaps, BIFF 2016 will include one of the sequels in its lineup. 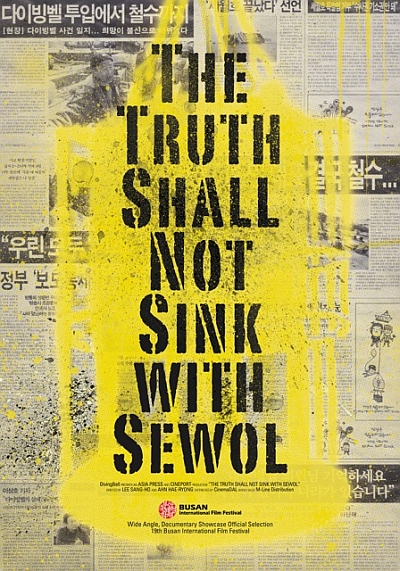