Marking a groundbreaking collaboration between Japan and Indonesia, the highly anticipated Killers arrived at FCCJ just days after its world premiere at the 2014 Sundance Film Festival and less than a week before its Japan debut on February 1. The pan-Asian thriller was coproduced by Nikkatsu Corp. and Indonesian production house Guerilla Merah Films. Shot in Tokyo and Jakarta, the film’s creative team includes some of the hottest names in the business: producer Yoshinori Chiba of Cold Fish fame and executive producer Gareth Evans of The Raid: Redemption.

One-half of the acclaimed directing duo the Mo Brothers, Timo Tjahjanto heaped praise on Nikkatsu’s support of the venture, which spent only 15 days shooting in Tokyo before moving to Jakarta for 40 more.

So Killers is an immensely newsworthy film — as well as a well-reviewed one — and the FCCJ audience was privileged to have an opportunity to discuss its making with the filmmaking team. 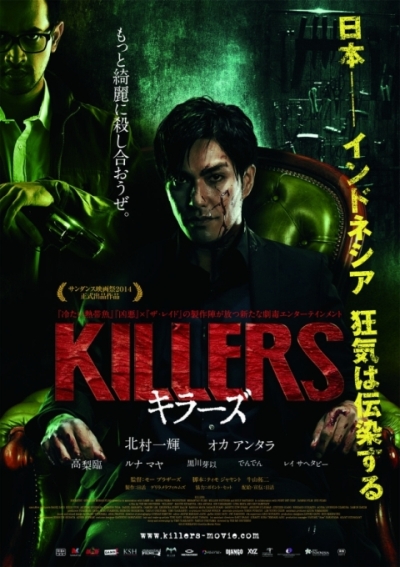