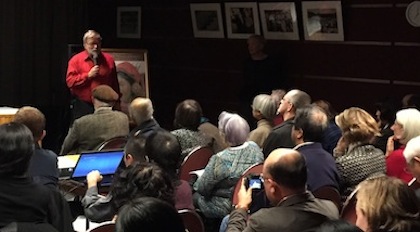 Pio d’Emilia, FCCJ stalwart and longtime correspondent for Italy’s Sky TG24, set the stage perfectly for the special screening of his film. Recalling that it all began when he was home on a visit in 2011, he told the audience: “The big news story at the time was how many women were being killed each year by men who pretend to love them,” he said. “In that year, close to 150 women were killed because they didn’t do what they were expected to.”

As part of a report related to the abhorrent situation, d’Emilia journeyed to the province of Yunnan, China, in the breathtakingly beautiful foothills of the Himalayas. There, he reported, one could find a centuries-old matriarchal, matrilineal society that is egalitarian and non-violent, the Mosuo. Recognized in 1995 by the United Nations as a “model society” and “precious source of inspiration,” the Mosuo live a peaceful existence with no domestic abuse, rape or femicide.

Shortly after his report had aired, d’Emilia was contacted by educator Francesca Rosati Freeman, a women’s rights advocate and antiracism activist who had written Benvenuti nel paese delle donne (Welcome to the Realm of Women), a 2010 book that focused on the transformations occurring among the Mosuo as a result of globalization. She had been organizing visits of small groups to experience an alternative way of life in Mosuo communities, demonstrating that it was nevertheless possible to imagine a different life in Italy, one in which women are valued and men are not oppressed.

Rosati Freeman and d’Emilia decided to collaborate on a film, and returned together to Yunnan, where they stayed and filmed among one Mosuo community on Lugu Lake. The resulting documentary, Nu Guo: In the Name of the Mother, has just begun its international film festival journey; but it is already being used as an educational tool in Italian schools.

The 50,000-strong Mosuo community survives, the film tells us, on “modesty, discipline, altruism and respect.” There is equality between the sexes, although women are in charge, and one of the defining features is the zou hun union: Relationships can be long-running, and children may result, but there is no marriage contract and men do not live with any woman except their mothers. Fathers are responsible not for their own children, but for their sisters’ children. 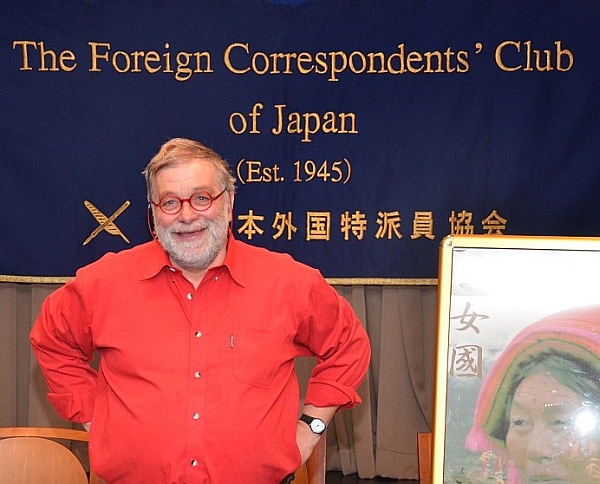 During a lengthy Q&A session following the film’s screening, d’Emilia endorsed the system in principal, stressing that it negates the need for jealousy and proves what women already seem to know, that they are “stronger, more just and more fair than men.” But when asked whether he thought any part of it could be applied to a Western society, he admitted that it would be difficult. “The embryo of violence," he stressed, "lies within the Judeo-Christian patriarchal system.”

Although the Chinese government does not recognize the Mosuo as an ethnic minority — a blessing in disguise, since it would impose the one-child rule and effectively destroy the Mosuo's unique attributes — it has recognized the community’s appeal as a tourist destination.  A decade ago, the government opened up the interior, building an airport and motorway in the Mosuo’s once-secluded land. This has brought a tourist invasion, enriching the community but also laying siege to its essential identity.

d’Emilia described certain unsavory aspects of this invasion that don’t appear in Nu Guo, including karaoke establishments that are actually brothels, staffed by Han Chinese who pretend to be Mosuo, to better lure visitors attracted by the overbilled “free love” concept.

Wouldn’t the Chinese want to be in total control of such a bustling tourist trade, asked one audience member. “We tried many times to get a statement from the Chinese government,” d’Emilia said, “but, you know, they’re not worried about a loving, nonviolent minority that’s not trying to overthrow communism.”

Despite the external pressures and other inevitable forces of modernization, d’Emilia is optimistic about the area's future: “The Mosuo are so proud, so convinced of being right, that they believe they can survive forever,” he said. Asked whether he feels the same, d’Emilia nodded vigorously. “The best way to protect a society is to open up, not to close,” he said. And in inimitable style, he emphasized that there’s a lesson in there for Japan. 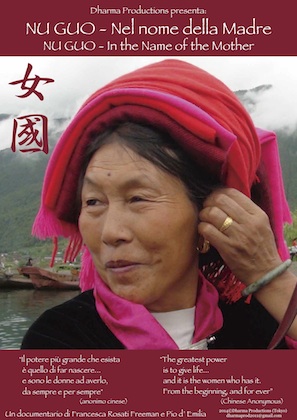