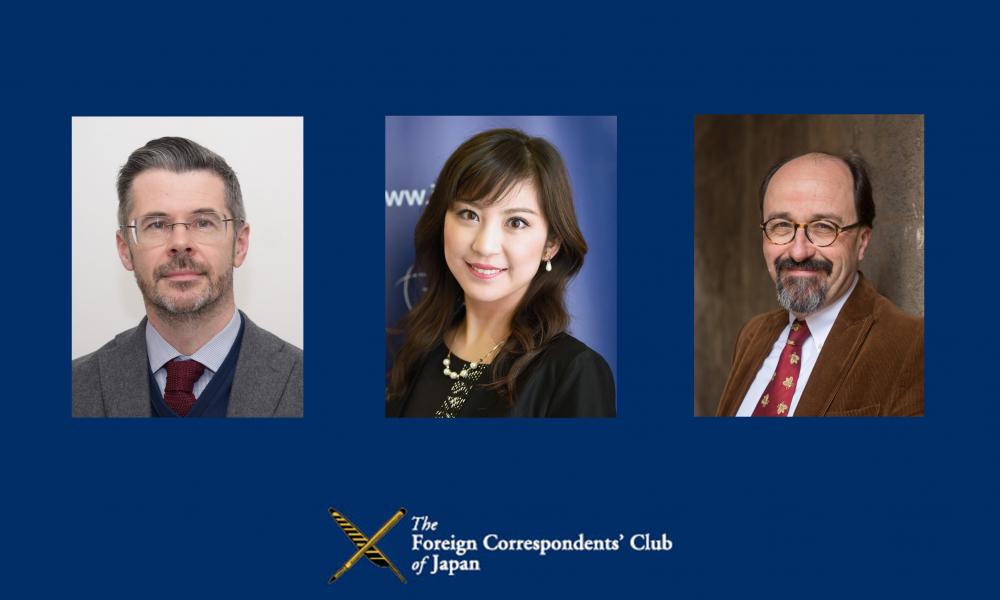 Press Conference: Implications for Japan of Russia's War on Ukraine

"Implications for Japan of Russia's War on Ukraine"

Russia's war on Ukraine has brought Japan into uncharted territory, leading it to join the West's tough sanctions against Russia for the first time. Tough choices lie ahead, especially concerning Japanese energy investments in Russia. The Russia-China partnership, declared publicly in Beijing on February 4th, poses new security challenges for Japan. Although often thought of in foreign affairs as a big country that acts like a small one, Japan has long been developing a strong and effective capability in economic statecraft, used notably in relation to China but also as a means to build strong relationships across the whole Indo-Pacific. In their timely new book, "Japan's Effectiveness as an Economic Actor: Navigating Great-power Competition," Yuka Koshino and Robert Ward of the International Institute for Strategic Studies, place this long development of geo-economic power firmly in the context of the current security and geo-political turbulence, both in the Indo-Pacific and globally.

Robert Ward and Yuka Koshino will each speak about how they see Japan's grand strategy measuring up against the changing security challenges of the age, and in particular against the potential future consequences of the war in Ukraine. Robert Ward holds the Japan Chair at the IISS, directing the think-tank's research program on strategic issues related to Japan as well as being the IISS's Director of Geo-economics and Strategy. Yuka Koshino is Research Fellow for Security and Technology Policy at the IISS, having previously worked with the Asia-Pacific Initiative in Tokyo and then the Center for Strategic and International Studies in Washington, DC. They will be joined by Bill Emmott, who is well known at the FCCJ as variously a former Tokyo Bureau Chief for The Economist, former secretary of the FCCJ, and former editor in chief of The Economist, and is now Chairman of the IISS as well as continuing to work as a writer. Remarks by Yuka, Robert, and Bill, will be followed by Q&A.

How to ask questions: https://forms.gle/2h5122M3rKnWUWyj7
Members watching the event online can submit questions for the speakers in advance using this submission form.