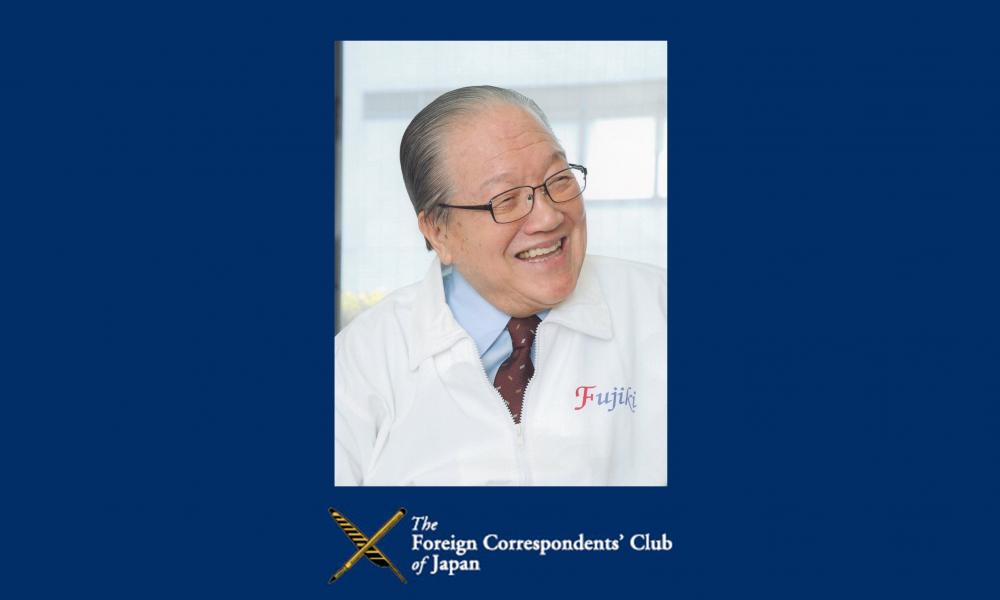 "I will not let Yokohama become a gambling den"

Yukio Fujiki has long been known as the big boss of the port of Yokohama. As the former chairman of Yokohama Harbor Transportation Association, he singlehandedly brokered port-related employment issues in Yokohama, Japan's largest seaport, and has become one of the most influential figures in the city. He took on a number of high-profile municipal and business positions in Yokohama and Kanagawa prefecture, including President of Yokohama FM Broadcasting Co. and Chairman of The Board of Yokohama Port Transport Association.

At the age of 90, however, he resigned from all official positions this year, and assumed chairmanship at the newly-established Yokohama Harbor Resort Association. The association, whose official objective is to re-develop Yamashita Pier in Yokohama, is seen as part of Fujiki's efforts to prevent the city from bringing in casino backed by foreign investors. He has repeatedly said that he will not allow his beloved city to turn into a gambling den.

In the upcoming Yokohama mayoral election on August 22, Yokohama bid for a casino will be the main deciding point, and incumbent mayor Fumiko Hayashi, seeking her fourth term, is committed to open a casino in Yokohama as part of the so-called IR(Integrated Resort) plan. The plan is also backed by Prime Minister Yoshihide Suga, a former Yokohama city assembly person whose political constituency is based in Yokohama.

But the Yokohama casino debate has revealed an unusual crack within the ruling party, as Hachiro Okonogi, a minister in the Suga cabinet and a powerful LDP politician from Yokohama, announced that he would run for mayor on the anti-casino platform against Suga's will.

Fujiki has not yet formerly made an official endorsement in the mayoral election, but his backing is considered to have a critical impact on the outcome of the election.

Fujiki recently launched a new political movement, which he calls "New Japan Initiative", in which he will endorse candidates in the mayoral and general election whom he sees "worthy of entrusting with the future of Japan."

Fujiki will share his thoughts on Yokohama and national politics.

How to ask questions: https://forms.gle/CJaTmzB8ro2Xa4Kf8
Members watching the event online can submit questions for the speakers in advance using this submission form.