The Sean Tait Trio has been entertaining music lovers in Tokyo since pianist Sean moved to Japan in 2002. Sean has been a mainstay at the Imperial Hotel, The Tokyo Baycourt Club, and Xex Atago Hills, as well as, performing for musical and theatre productions.

Born in Queensland, Australia, Sean started studying music at an early age and attained his Associate of Music Australia while still in high school. Sean moved to New South Wales in 1999, and performed with many acts while completing a Bachelor of Contemporary Music at Southern Cross University before setting in Tokyo as a teacher and performer in 2002.

For more about Sean and his music, check his web site at seanmtait.com.

And remember, it’s free. No cover charge. No music charge. You just can’t beat SNL for an exciting, entertaining night out in Tokyo. 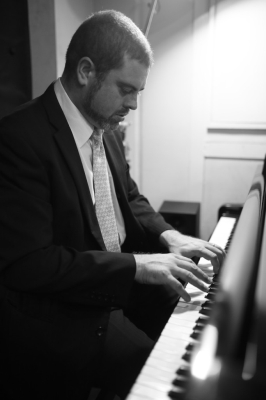