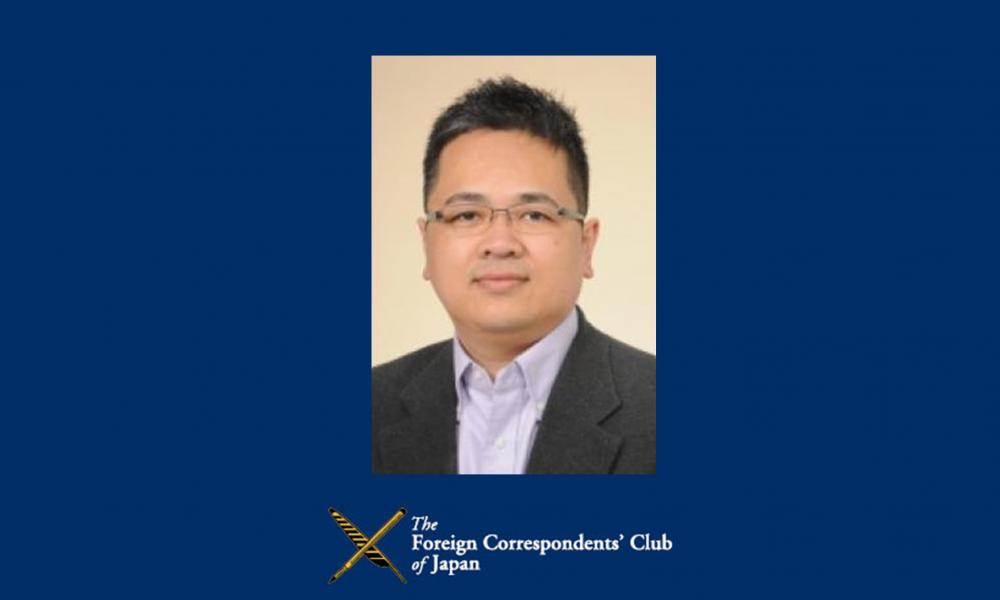 On March 20, 1995, the doomsday cult Aum Shinrikyo released sarin gas in the Tokyo subway, killing 13 and leaving 6,000 more with long-term side effects. Aum founder Shoko Asahara was executed in 2018, but the cult continues to recruit and operate today as Aleph. Although the government passed a special law providing healthcare for victims of the attacks, it does not cover those suffering from post-traumatic stress disorder.

Atsushi Sakahara was one of the victims of the attack and spoke about his experience at the FCCJ in 2015, the 20th anniversary of what was one of Japan's most egregious acts of domestic terrorism. That year, he also began work on a documentary film: "Me and the Cult Leader: A Modern Report on the Banality of Evil." It received international acclaim at festivals last year, the 25th anniversary of the attack, but its Japan release was delayed by the pandemic.

In the documentary, Sakahara goes on a journey to Kyoto with the public face of Aleph, Hiroshi Araki (a fellow Kyoto University alumnus), challenging his decisions to join and remain a member of Aum/Aleph. It is an illuminating portrait of victim and perpetrator in conversation, and explores issues of trauma, forgiveness and accountability.

Before earning his MBA at UC Berkeley, Sakahara worked for a global ad agency. He has been an entrepreneur in Silicon Valley, authored multiple books, and now teaches at Osaka City University and Kyoto Seika University. He is the producer of the Palme d'Or-winning short film "Bean Cake" and has seen his directorial debut, "Me and The Cult Leader," screened at festivals in Europe and North America. It has a 100% Fresh rating on Rotten Tomatoes. It will open in Tokyo at Image Forum on March 20 with English subtitles.

How to attend:
Please register at front@fccj.or.jp with your name, name of media outlet, FCCJ membership number. Due to space restrictions, please note number of reservations will be limited to 20. Doors open at 10:30. Please sign in your name and contact details at the reception and to have your temperature taken before proceeding.

How to ask questions: https://forms.gle/jUKtzccCjAzhsoaZ8
Members watching the event online can submit questions for the speakers in advance using this submission form (English only).

TV crew: Please make a reservation at front@fccj.or.jp. Doors open for TV crews only at 10:15. There will be five positions available for livestreaming.