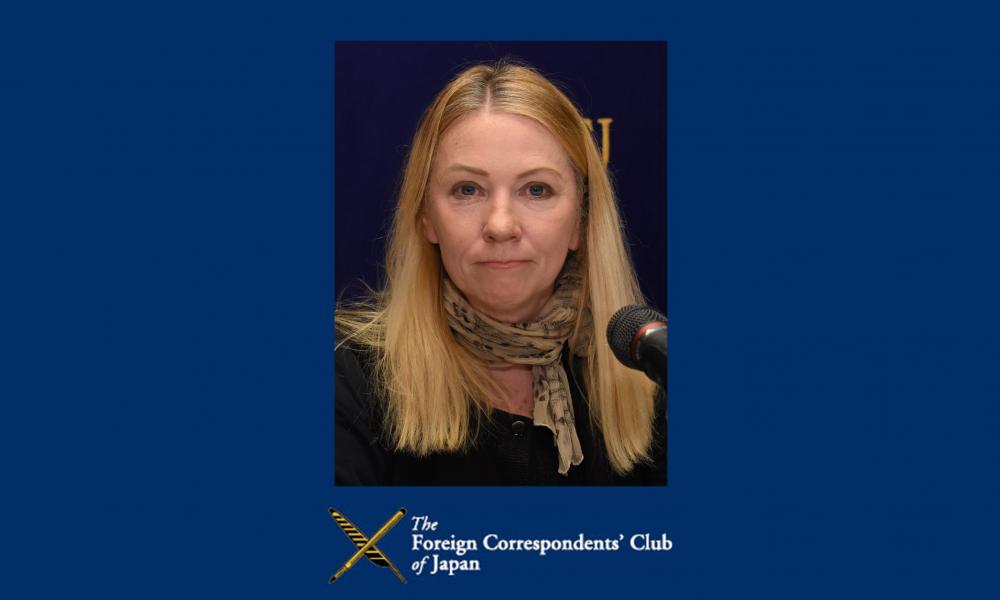 Justice for Rape Victims of the U.S. Military

CATHERINE JANE FISHER made history at the FCCJ over a decade ago when she courageously appeared in person to describe her rape by a US military serviceman in 2002. She has since become a staunch advocate for victims of sexual violence in Japan and around the world. In 2002 she established Warriors Japan and I Am Jane to fight for justice. And in 2019 she spoke at the United Nations Human Rights Council in Geneva.

On October 5th she will be back in the news when she meets officials from the Foreign Ministry and Ministry of Defense to discuss U.S. military crimes. Fisher says she will also present a letter intended for the new prime minister who is to be sworn in the previous day. The letter will raise the 1955 case of Yumiko, a six-year-old girl kidnapped, raped and murdered by Sergeant Isaac Hurt, who dumped the body into the trash at a military base. Hurt received the death penalty but his sentence was commuted to 45 years of hard labor. It has been recently revealed that Hurt was released from prison and even had a US War Plaque placed at his burial site.

In light of the reduced sentence given Hurt and other cases including Fisher's where the rapist was allowed to flee Japan and avoid trial, Fisher is requesting an investigation into previous and current cases of crimes committed by U.S. military personnel stationed in Japan. Fisher will renew her 20-year-old call to amend the Status of Forces Agreement (SOFA) so that U.S. forces have a duty to obey the law of Japan instead of respect the law.

A copy of the letter to the prime minister and other documents will be made available in English and Japanese at the press conference.

How to ask questions: https://forms.gle/sMnSYDA2toK6Cwsv8
Members watching the event online can submit questions for the speakers in advance using this submission form.