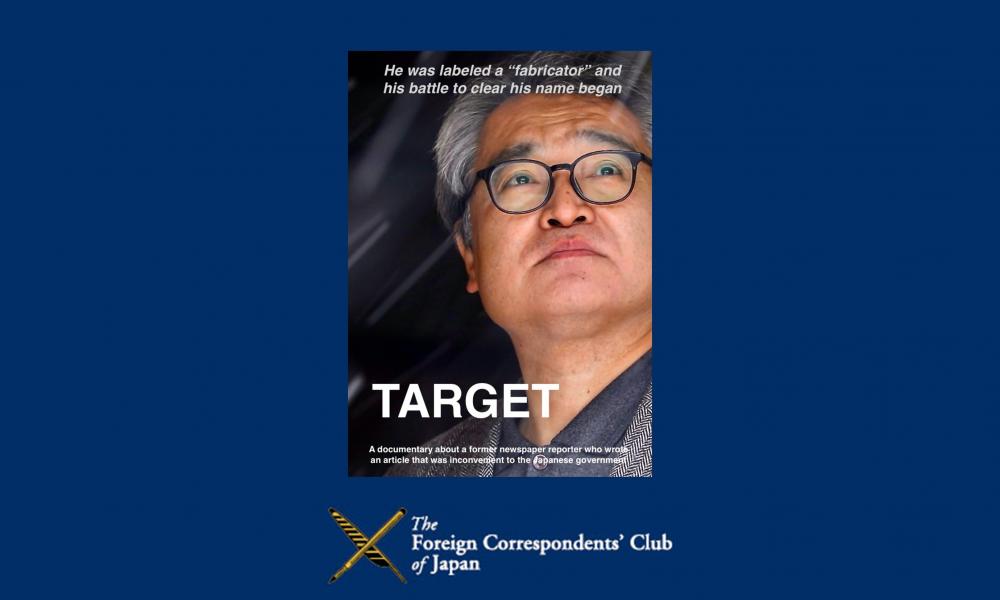 The Targeting of Journalist Takashi Uemura

*The trailer of "Target" will be shown at the beginning of the event.
*This event will be live streamed between 15:20-16:00

Thirty years ago, Takashi Uemura wrote a couple of articles that changed his life. His report for the Asahi Shimbun on a former Korean comfort woman included her claims that she had been forced to sexually service Japanese soldiers. More than two decades later, notable conservative commentators branded the report a fabrication. As the conservative backlash gathered in intensity in 2014, Uemura was harassed and lost several university teaching positions. His family received death threats on social media.

Veteran documentary maker Shinji Nishijima has taken up Uemura's story in the movie "Target," which tells the story of a journalist who spoke truth to power and paid a heavy price for that truth. It is about Uemura and people who support his cause: freedom of the press and democracy. A graduate of Waseda University, Nishijima joined the Mainichi Broadcasting Corporation in 1981 and was a correspondent in Seoul from 1991 to 1994. He has produced numerous documentaries, mainly focusing on World War II. Since 2018, Uemura has been head of the left-leaning magazine Shukan Kinyobi.

How to ask questions: https://forms.gle/rftDaCzNRpGGrpkC8
Members watching the event online can submit questions for the speakers in advance using this submission form.