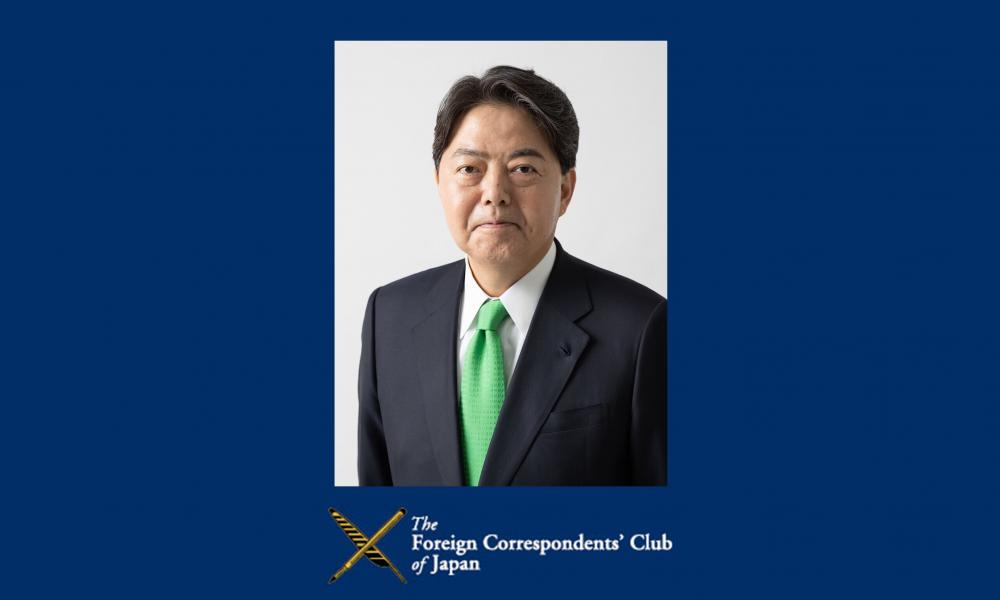 PRESS CONFERENCE: Who Will be Japan’s Next Prime Minister? by Yoshimasa Hayashi, Liberal Democratic Party

Who Will be Japan’s Next Prime Minister?

Yoshimasa Hayashi has long been considered a future prime minister, but he has one weakness; he is a member of the House of Councilors, and while there is no law prohibiting an upper house member from becoming Japan’s leader, he has never been considered a serious contender – till now.

At age 60, Hayashi this year made perhaps the boldest move of his 30-plus-year political career: he resigned from the upper house in July and announced his candidacy in the upcoming lower house election to run in Yamaguchi Prefecture’s 3rd district. All the lower house districts in Yamaguchi, where Hayashi is based, are occupied by senior politicians with the Liberal Democratic Party (LDP), including former prime minister Shinzo Abe, and Hayashi was perhaps too well-bred to dare challenge them.  The seat is now occupied by Takeo Kawamura, a 78-year-old LDP veteran who has held a number of senior cabinet positions. This move is seen as reflecting Hayashi's determination to one day become prime minister because once he wins a seat in the lower house, his track records is more than enough to qualify him.

After graduating from the University of Tokyo, Hayashi briefly worked for Mitsui Corporation before going to study at Harvard Kennedy School, where he earned a master's degree in public administration. He then worked for U.S. Representative Stephen Neal and U.S. Senator William Roth before becoming a secretary to his father, Finance Minister Yoshiro Hayashi in 1992. He was elected to the House of Councilors in 1995, the seat he has held since. Hayashi has held such cabinet posts as defense, agriculture and education.

Hayashi holds the second most senior position in the Kochikai, the intra-party faction led by prime ministerial candidate Fumio Kishida, and is thus expected to assume a senior position in the Kishida cabinet, if Kishida wins the presidency of the party on September 29. He will talk about Kishida’s policies and prospects for victory, a possible change in the power dynamics within the LDP - and perhaps his own political ambitions.

How to ask questions: https://forms.gle/mKmLmEMFSB8bFspH7
Members watching the event online can submit questions for the speakers in advance using this submission form (English only).