Skip to main content
About
Message from the President - October 2019 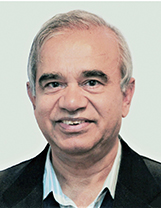 The Club was happy to host the Japan National Softball Team in September, in what should be another in a series of events in the run up to next year’s Tokyo Olympics and Paralympics. Five players attended the evening on Sept. 11, along with the head coach and other officials. We set off a space for the team to show their skills and I can testify that while the ball may be pitched underhand, it certainly moves fast. The team autographed balls for lottery winners, one of which is now in the Club’s display cabinet along with an autographed bat.

Another benefit of this event was that since the team will be playing some its Olympic matches in Fukushima as part of efforts to assist the region’s recovery efforts, some saké from Fukushima was on hand for tasting. A big thanks to the PR Committee for organising this event, with special appreciation to Kazuhiro Tawa for his liaison with Japan’s National Softball Team.

The Board met on Sept. 20 and among other things the General Manager reported that revenues in the Main Bar rose 3 percent year-on-year in August, which is a trend we wish to encourage.

The Shochu Night later that day was packed and coincided with the screening in the Main Bar of the opening game of the Rugby World Cup, which made for a busy night. Thanks to all who helped make the events happen.

The Membership Committee reported that the number of members continues to tread water, with departing members equalling those joining in August. Reasons for leaving were again mostly age- or retirement-related. However, the committee did report an uptick in new journalist members for the month (4) and student members (5).

As mentioned in a previous message, the Club will soon be issuing its own pre-paid cards for visiting journalists and other guests. This will allow visitors to register at the front desk and purchase a card that can then be used to pay for food and drink services in the Club. The card can be reloaded with cash credit.
Much more to report, but running out of space.

Will conclude with the announcement that former FCCJ President Suvendrini Kakuchi is now a Life Member following a unanimous vote by the Board to recognise her services to the Club as president and in many other roles. Please join me in offering her congratulations and thanks. See you in the Club.