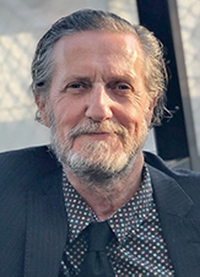 I assume that some Members will have read the recent mail saying I will soon be leaving Japan and hence have stepped down as president of the FCCJ.
Danish journalist Thomas Hoy Davidsen has been chosen as the new Club president, but I have been allowed the opportunity to write this final message. Someone who is halfway out the door is typically not of much interest to those that remain, so I want use this space to introduce Thomas.

Before that, I need to address some other matters. We had a complaint from Associate Member Shuji Yoshida earlier this year about being served wine that he said was spoiled and improperly labeled. An investigation has found that Mr. Yoshida’s two complaints were accurate, and on behalf of the FCCJ, he has my apologies, as well the apologies of General Manager Marcus Fishenden and F&B provider Silvano Borroni. Despite the rumor mill that kicked in over this incident and certain individuals making other allegations involving wine served in the Club, a panel comprising the two kanji and the co-chair of the F&B Committee found the incident involved just three bottles of wine. Once discovered, all others in the batch were disposed of. The GM and F&B provider have given assurances it won’t happen again.

While on the topic of complaints, the GM has informed the Board about some recent incidents that can only be characterized as abuse of staff members. Be very clear that membership of this Club does not come with some right to be abusive to others. Such cases will be reported to the Board and action taken if needed.

Back to the new president. Thomas has been a member of the FCCJ since 2012 and I first met him when we were both on the Professional Activities Committee, vetting potential speakers for press conferences at the Club.

He works for the daily Danish newspaper Jutland Post, though like most journalists he now lives and breathes in the 24/7 news cycle that the Internet demands. It’s to be noted that while many news organizations were cutting staff in Japan, his paper kept him on (a clear sign of his journalistic abilities) and as a result he was on hand to report from Tohoku after the 2011 earthquake and tsunami.

Consequently, his newspaper had the first-hand reports of the disaster that most other news outlets in Scandinavia lacked.

Thomas is the first to say that he finds the prospect of being president of the FCCJ somewhat intimidating, but I’m convinced with the support of the Board and the Members, he is just the sort of younger journalist that the Club needs to remain relevant. He is a whiz at social media and has inspiring ideas for what the Club can do in marrying the Number 1 Shimbun, the FCCJ’s new website and our social media accounts. Whether you use social media or not, that is where the audience is and that’s where the FCCJ needs to be to remain relevant to that audience.

The FCCJ produces that special thing called “content” and has a huge reservoir of content from thousands of press conferences and speakers. We need to get that content onto the radar of new generations. The number one priority of the Club is to bring in Members, and that means staying relevant to new generations. That does not mean ignoring traditions, but it also does not mean hankering for some perceived golden age. It also doesn’t mean taking the easiest route of all: to sit on the sidelines and just complain.

The maxim is that “people don’t like change,” which is an odd statement, since according to current understandings of physics and the second law of thermodynamics, everything is in a state of constant change, which would include the FCCJ hamburger. However, in the case of the latter, you can do something about it by filling in comment cards in the dining room with suggestions and requests. These are fed back to the GM, the F&B Committee and the kitchen.

The new Club is an opportunity to build on the FCCJ traditions while also facing up to the challenges confronting journalism as a whole. It bears repeating that journalism is like an insurance policy: you don’t realize how much you need it until basic democratic freedoms and civil society are under threat.

Who would have predicted at the end of 2018 what is now taking place in Hong Kong? Who can predict what will be happening in Tokyo in six months? Whatever does happen, journalists will be there to report on it, and in many parts of the world they are being illegally detained, imprisoned and murdered for those activities.

The FCCJ may have been sustained on hamburgers and pickled herring over the years, but that’s not what it’s built on. It’s not a social club. Too often the Board gets dragged into matters that take the focus away from what the Club’s fundamental function is—journalism. Thomas has the task of keeping the focus on that function. I wish him every success in that and ask again that you support him in taking the FCCJ into 2020.

I end with my thanks for the support of so many Members over the years and their contributions to the Club. I wish you every success, good health, and may the second law of thermodynamics treat you kindly.
Best regards,