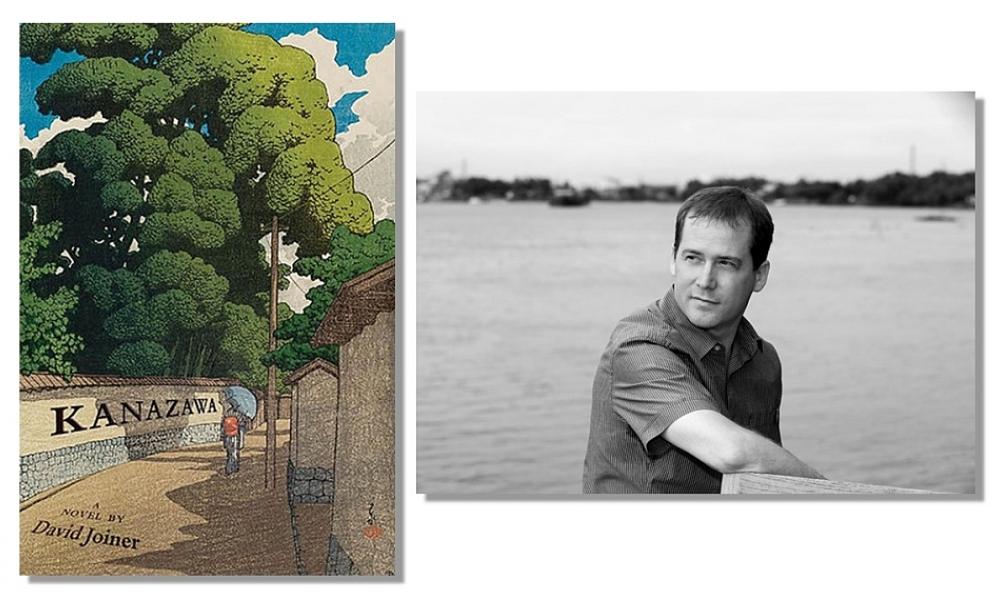 David Joiner’s novel Kanazawa was released in January 2022 by Stone Bridge Press. It is the first published literary novel set in the city of Kanazawa and Ishikawa prefecture. In this Book Break, Joiner will read from and discuss Kanazawa. Special focus will be given to the local cultural elements he incorporated into his novel, in particular the works and biography of Kanazawa-born writer Izumi Kyōka.

The novel is about a cross-cultural marriage between a 36-year-old American man named Emmitt and his Japanese wife Mirai. Emmitt, despite having just quit his university teaching job, is eager for them to put their roots deeper into Kanazawa where they live and thinks that getting a traditional machiya, which he deeply admires and associates with Japan’s cultural past, will benefit their marriage and life together. But these plans collapse when Mirai suddenly pushes for them to move instead to Tokyo, where she is subtly pursuing a career as an ikebana artist. In the fallout, he begins helping his mother-in-law translate Kanazawa’s most famous author, Izumi Kyōka, into English, while being drawn into the mysterious death thirty years ago of a mutual friend of Mirai’s parents.

It is only when he and his father-in-law climb the mountain where the man died that he learns the somber truth, and in turn discovers what the future holds for him and Mirai. Packed with subtle literary allusion and closely observed nuance, with an intimacy of emotion inexorably tied both to the cityscape and Japan’s mountainous terrain, Kanazawa reflects the mood of Japanese fiction in a fresh, modern incarnation.

David Joiner first came to Japan in 1991 and has made it his home periodically since then. He has also spent more than a decade in Vietnam. In addition to Kanazawa, he has authored the novels Lotusland and The Heron Catchers (forthcoming from Stone Bridge Press) and is at work on a third Ishikawa novel and book of haiku.

"Kanazawa, David Joiner has written a book not unlike its titular city, with great historical depths hidden beneath a deceptively tranquil surface. A story of misunderstandings, miscommunications and family secrets…. Above all, Kanazawa drips with a sense of place, the setting much more than just a back drop to the action; Joiner shows that there are plenty of stories taking place outside the vortex of Tokyo."（Iain Maloney, author of The Only Gaijin in the Village)

"The grand old city of Kanazawa, its lush historic environs and rich cultural legacy form the setting of this compelling narrative. Kanazawa weaves an intriguing story of a Japanese family worthy of the best of Japanese literature.” (Roger Pulvers, author of Liv)

"Atmospheric... and shibui. A quietly captivating tale of life and art in Kanazawa. Slowly sinks its hooks in and doesn't let go."⁠(Robert Whiting, author Tokyo Junkie)

"A graceful novel of a graceful city. " (Alex Kerr, author of Lost Japan and Finding the Heart Sutra)