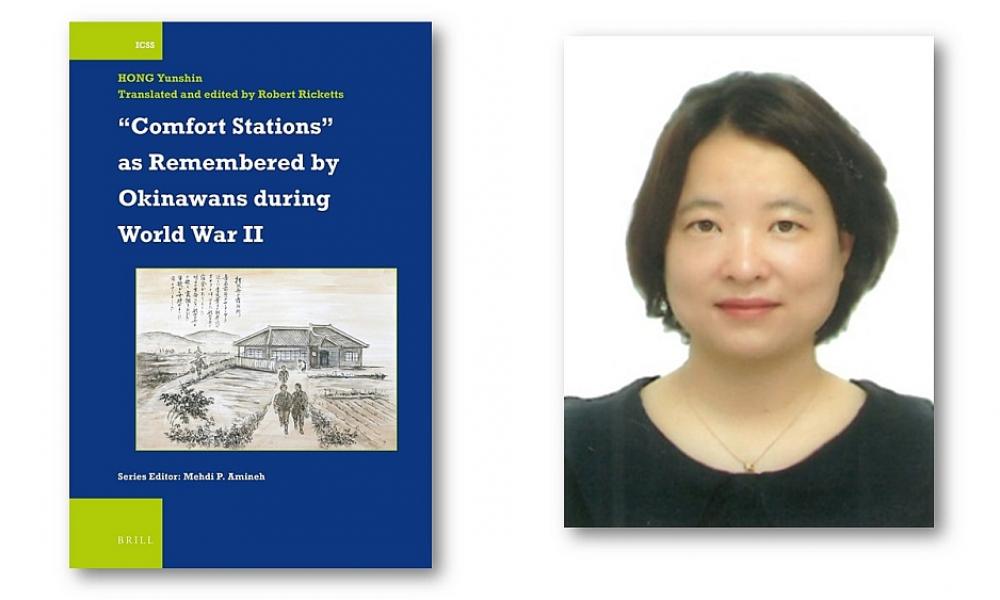 The speakers will be Yunshin Hong and Robert Ricketts.

Okinawa was the only Japanese prefecture to be invaded by US forces during the battle fought there in the spring of 1945. It was also the only part of Japan proper forced to accommodate a network of 146 Japanese military “comfort stations”. After the war, how did Okinawans remember the intrusive and intimidating spaces of the sex venues and their destructive impact on village society? What was their role in the Japanese army’s battle plans? To answer these questions, the author focuses not on Korean and Okinawan comfort women per se, but on the comfort stations and the Okinawans who witnessed them in their daily lives.

Interviews, survivor testimonies, and archival documents show that the Japanese 32nd Army manipulated the comfort stations to divide and isolate local communities, facilitate “spy hunts” that terrorized Okinawans and secured their absolute obedience, and foster a crippling fear of rape by American GIs. The threat of sexual violence was embodied by the comfort stations next door and reinforced by tales of Japanese sexual atrocities in China, prompting many Okinawans to comply with Japanese orders to die in “group suicides” rather than surrender. The US military occupation of Okinawa (1945-72) perpetuated the wartime rape phobia. Hong shows that today, the comfort stations have become discursive spaces of remembrance. These fraught memories of the battlefield are also sites of resistance that are reshaping Okinawans’ self-awareness of their collective identity and challenging the assumptions of a unitary Japanese sovereignty.

-- When Violence is No Longer Just Somebody Else’s Pain: Reading Hong Yunshin’s “Comfort Stations” as Remembered by Okinawans During World War II

Hong Yunshin is a visiting fellow at the Tokyo Center for Asian Pacific Partnership of the Asian Research Institute, Osaka University of Economics and Law, and a Special Fellow at the Waseda Institute of Asia-Pacific Studies. She teaches at several Tokyo universities and speaks and writes extensively on Okinawa, gender, militarization, and wartime sexual violence.

Robert Ricketts taught inter-cultural and ethnic relations at Wako University (Tokyo) until retiring in 2015. Recently, he has translated and adapted Denying the Comfort Women: the Japanese State’s Assault on Historical Truth, edited by Nishino Rumiko, Kim Puja, and Onozawa Akane (2018/2019).