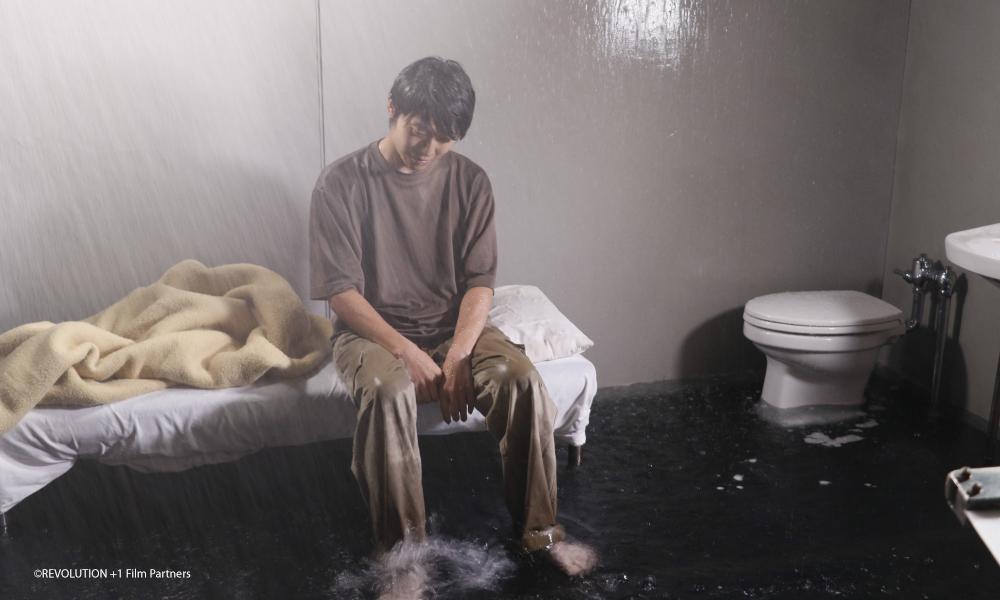 Probing the Psyche of the Suspected Abe Shooter

In September, Japanese news headlines touted the "speedy" completion of a film about Tetsuya Yamagami, the suspect in the shooting of former Prime Minister Shinzo Abe on July 8, with exclamation points for added emphasis: "Directed by a former member of the Japanese Red Army, to be released on the day of [Abe's] national funeral!"

And indeed, a 50-minute version of that film, "Revolution +1," was screened in Tokyo and 12 other locations across eight prefectures on three consecutive nights starting from September 26, with some screenings timed to coincide perfectly with the state funeral. Each overflow showing was followed by a rousing Q&A session with the filmmaking team that lasted longer than the film itself.

No stranger to controversy, the director, Masao Adachi, had been declared an internationally wanted "terrorist" in 1974 for joining the Japanese Red Army led by Fusako Shigenobu, after he and Koji Wakamatsu had co-directed the documentary "Red Army/PFLP: Declaration of World War" (1971). Adachi told audiences at the initial "Revolution +1" screenings that he wanted to explore what had "driven Yamagami into a corner," and that he and co-writer Junichi Inoue sought to foster more widespread discussion about the repercussions of the shooting.

Upon his arrest, Yamagami said he targeted Abe because of his support for the Unification church, which he blamed for bankrupting his family. The revelations of longstanding ties between members of the ruling Liberal Democratic party (LDP) and the church have badly shaken both the public and the government, which just announced the launch of an investigation into the church's finances and organization that could lead to a stripping of its legal status.

"Revolution +1" illuminates, with great artistry and deep empathy, a steady accumulation of events in the life of its protagonist, renamed Kawakami (Tamoto): a father who committed suicide, a distant mother entrapped by the church, the family's impoverishment, his brother's suicide, his own growing despair after he's forced to give up on a college degree. Not surprisingly, the film also casts a spotlight on issues of perpetrator/victim, the abuse of state power, the consequences of loss and the breakdown of connections. But its messages are perhaps unexpected: this is no call to arms, but rather to non-violent solutions to changing the world.

Please join us for this sneak preview of the must-see "Revolution +1" prior to its Japanese release on December 24.

Writer-director MASAO ADACHI has been creating activist art for more than 50 years. He studied film at Nihon University, then collaborated with Koji Wakamatsu on radically political pink films in the 1960s. In 1971, he and Wakamatsu co-directed "Red Army/PFLP: Declaration of World War," after which Adachi spent 27 years living in Lebanon as a member of the Japanese Red Army. He was deported back to Japan in 2000, and has since directed three films. He last appeared at FCCJ with "Artist of Fasting" in 2016.

Producer EMIKO FUJIWARA began her career working with Kiyoshi Kurosawa in 2000, and has served in production management and as a producer on films by Akihiko Shiota, Takahisa Zeze, Masaharu Take and Hirokazu Kore-eda. She was the line producer on Masao Adachi's "Artist of Fasting" (2016) as well as on Emma Kawawada's "My Small Land," which we showed earlier this year.

Actor SORAN TAMOTO began his film career in 2006, and appeared in Koji Wakamatsu's "United Red Army" (2008) and "11.25 The Day He Chose His Own Fate" (2012), as well as the film about Wakamatsu Pro, "Dare to Stop Us" (2018), among many others. He is also very active on TV and has portrayed several characters in the ongoing Kamen Rider series.

IMPORTANT NOTE: Please make your reservations at the FCCJ Reception Desk 03 3211-3161 or from http://www.fccj.or.jp.
Members are requested to bring only one guest, as seating will be limited. (Maximum: 2 attendees including spouse member)
All film screenings are private, noncommercial events primarily for FCCJ members and their guests.
We kindly ask for your cooperation with Covid-19 prevention measures at the Reception Desk and masks are absolutely mandatory on the premises.