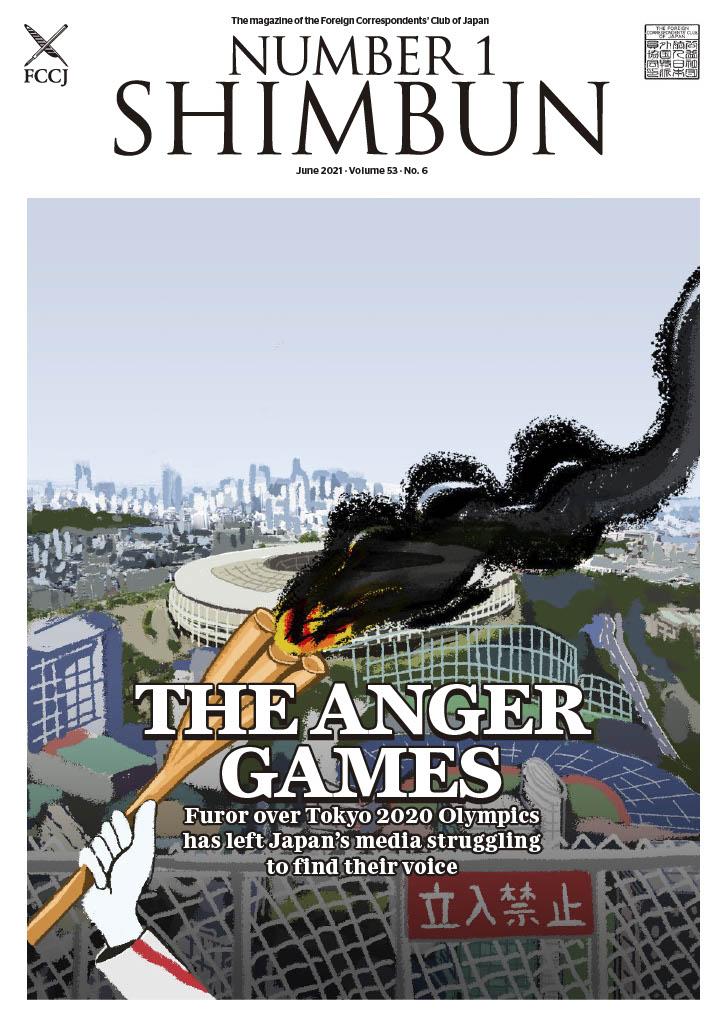 The first few months of this year have been dominated by the Tokyo Olympics and Japan’s struggle to get its Covid-19 vaccine rollout underway. Have Japanese newspapers and broadcasters fairly reflectced public sentiment on those two key issues, or is their coverage influcenced by other, more opaque factors? As the Number 1 Shimbun went to press, the Asahi Shimbun was alone among the daily broadsheets in calling for the Games to be cancelled, while criticism of the achingly slow pace of coronavirus inoculations is mainly to be found in the international media. Kosuke Takahashi explains why mainstream news organizations have found it so hard to break rank on the Olympics, while Riko Muranaka exposes the legal and political roots of the media’s vaccine hesitancy. David McNeill talks to Manabu Shintani, executive director of Shukan Bunshun, about what lies behind the magazine’s insatiable appetite for confrontation, and Eric Johnston looks at how the FCCJ can improve its ties with Kansai-based journalists. Elsewhere, Fred Varcoe continues his series on Japan’s YouTube sensations, Suvendrini Kakuchi uses a recent Deep Dive session to examine the pandemic’s impact on mental health, and Charles Pomeroy revisits the incredible life and career of Ichiro Urushibara, who died last month.