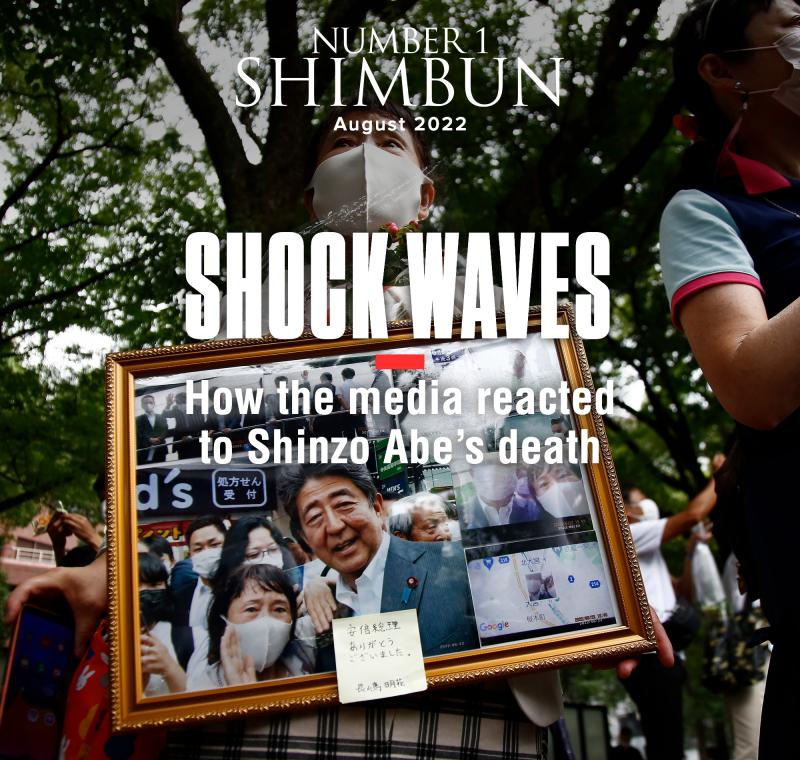 A few days before Shinzo Abe was shot dead, I met a couple of colleagues for lunch at the FCCJ. We noted the dearth of meaty news stories emanating from Japan, now that the world’s attention was firmly fixed on the war in Ukraine. It was, of course, the calm before the storm. I was at home in front of my laptop when news flashes started mentioning an incident involving Abe during a campaign speech for the upper house elections. After piecing together a report that was admittedly short on detail – confirmation that he had died would not come for several hours – I jumped on a shinkansen and was at the scene of the shooting outside Yamato-Saidaiji station in Nara by early evening. I filed from my hotel room as the clock ticked towards midnight. In the three weeks since, regular members of the FCCJ have produced reams of copy examining the circumstances surrounding Abe’s death – including jaw-dropping security lapses, the motives of his alleged killer and, in recent days, connections between the Unification Church and an ever-increasing number of politicians, particularly those in Abe’s Liberal Democratic Party. The theme of this month’s cover stories was obvious, but we were already more than a week into July, a point in the month when Number 1 Shimbun contributors are usually making a start on their articles (or so I hope). Which is why I am particularly grateful to Tobias Harris for his piece on Abe’s legacy, and to David McNeill for his analysis of domestic media coverage of a bolt from the blue that is likely to make political waves for some time.