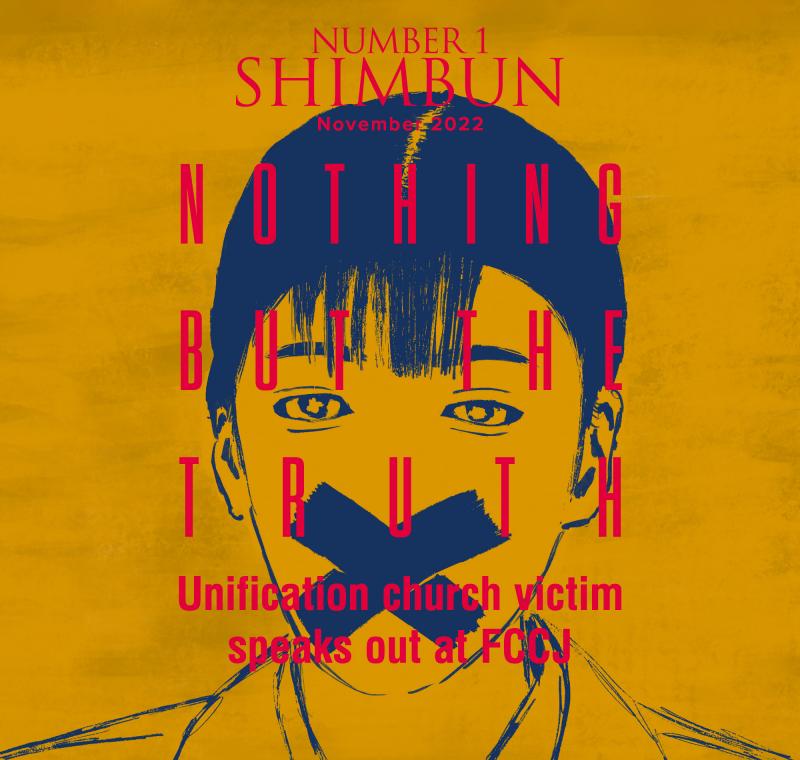 Much of this issue features reports on highlights from a packed events calendar that included one of our most talked about press conferences for a long time – an appearance by Sayuri Ogawa, a brave young woman who escaped the clutches of the Unification church and went on record to explain the impact it has had on her and her family. In our cover story, Karyn Nishimura recounts Ogawa’s appearance on an extraordinary day in the club’s recent history. With the world’s attention focused on the Chinese Communist party congress, the club was honored to host Ai Weiwei, who was in Tokyo to receive the Japan Art Association's Praemium Imperiale award for his work in sculpture. We'll have a full report on the artist’s appearance in next month's issue. On a lighter note, Fred Varcoe continues his mission to educate old-school journalists about the power of digital media with a write-up of an event featuring the Japan-based YouTube megastar Chris Broad. Elsewhere, Peter O’Connor pays tribute to lawyer and FCCJ associate member – and kanji-elect – Toshiro Ueyanagi, who sadly died in September. In their regular columns, Philip Brasor examines the sexual harassment scandal swirling around the Self-Defense Forces, and Eric Johnston looks at the controversy over Hokkaido’s potential role in Japan’s security arrangements. Finally, I’m grateful to Lew Simons for allowing us to run an extract from his superb book To Tell the Truth: My Life as a Foreign Correspondent, to be published by Rowman & Littlefield on November 15.