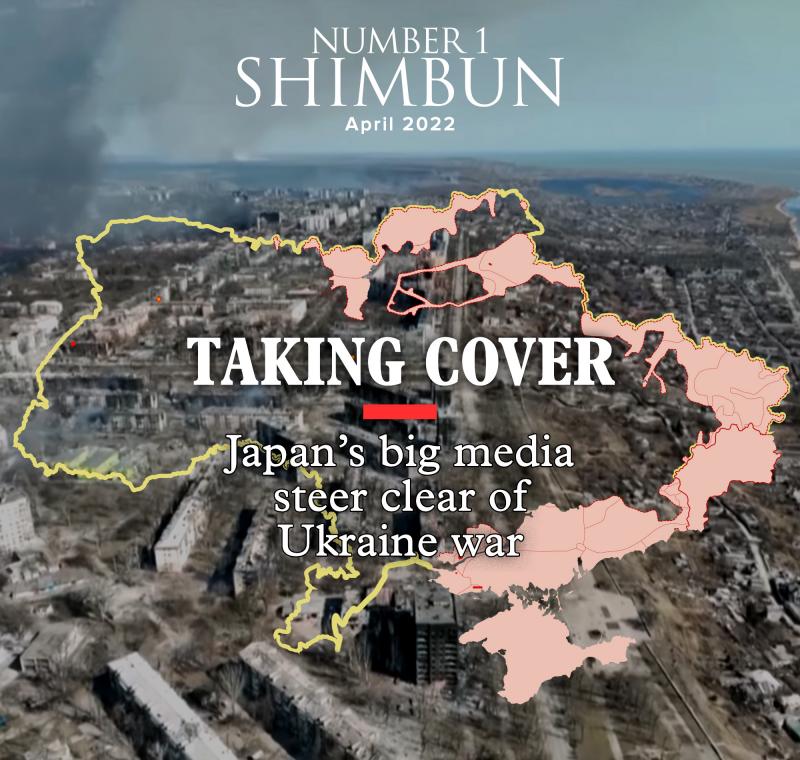 In this issue we shine a light on the freelance journalists working on behalf of major Japanese media organizations to cover the war in Ukraine. David McNeill explains why most of the country’s big newspapers and broadcasters are following government advice not to send their employees to this and other war zones – to the frustration of staff who are keen to report on the ground, and at their own risk. My first issue as editor of the Number 1 Shimbun led with an analysis of Yoshihide Suga’s testy relationship with the media in a story headlined “Communication breakdown”. Has his successor, Fumio Kishida, fared any better since taking office last year? Karyn Nishimura, one of the few foreign correspondents who attend the prime minister’s press conferences, gives Kishida mixed reviews. Elsewhere, Eric Johnston marks the 150th anniversary of The Mainichi Shimbun, and in his regular column, Philip Brasor looks at the media’s response to a revival in interest in nuclear sharing with the US among some Liberal Democratic Party lawmakers. Recent Club events are the basis for Anthony Rowley’s piece on Tokyo’s green finance initiative and Ilgin Yorulmaz’s report on thyroid cancer survivors in Fukushima who are demanding compensation from Tokyo Electric Power, 11 years after the triple meltdown at Fukushima Daiichi nuclear power plant.