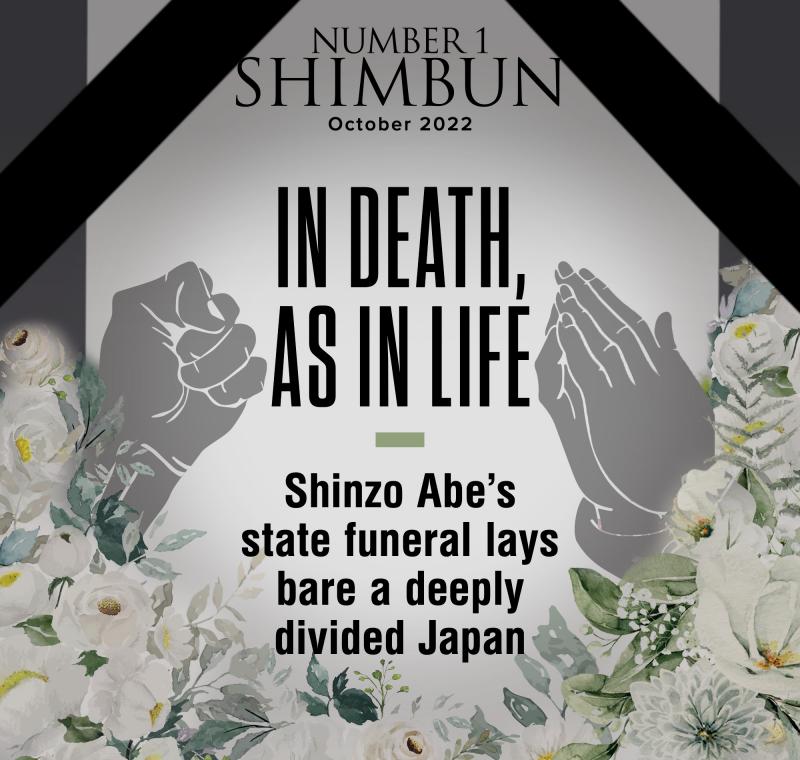 September will be remembered in Japan and around the world for state funerals. Just over a week after Queen Elizabeth II was laid to rest after an unrivalled reign of 70 years, Japan gave a send-off to its own record-breaker, Japan’s longest-serving prime minister, Shinzo Abe. Ten days of official mourning in the UK prompted complaints about excessive, and fawning, media coverage of the royal family. In Japan, Abe’s state funeral – many weeks after his cremation at a private ceremony – exposed divisions within Japanese society that have taken even veteran Tokyo correspondents by surprise. In this issue of the Number 1 Shimbun, David McNeill, Kaori Hayashi, Karyn Nishimura and Ilgin Yorulmaz cast an eye on events here and in the UK. In their regular column, Philip Brasor and Masako Tsubuki delve into the debate over the right of married couples to use separate surnames, while Eric Johnston brings us up to date on Sapporo’s increasingly troubled bid to host the 2030 Winter Olympics.