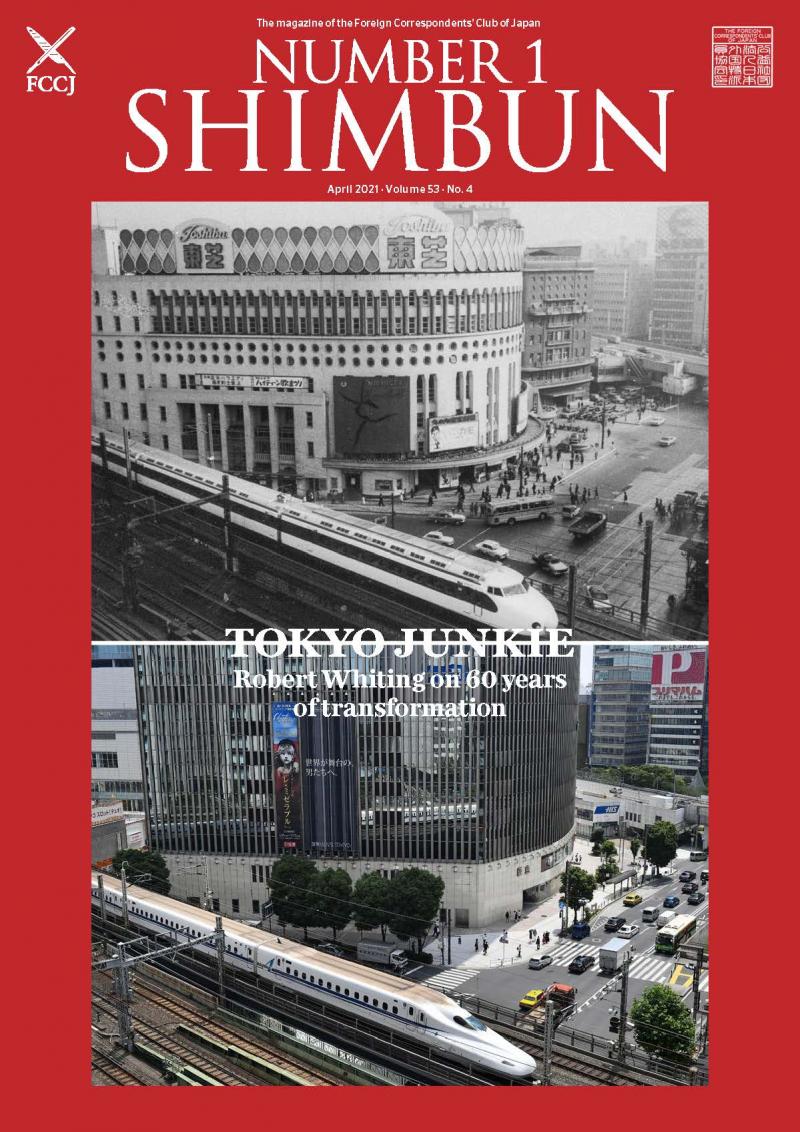 This month’s issue of the Number 1 Shimbun has a decidedly retro feel to it, starting with Robert Whiting’s reminiscences about his early days as a journalist in Tokyo and tales of the rich fabric of life to be found in the FCCJ’s former premises in Yurakucho. Both accounts are taken from Robert’s new Book, Tokyo Junkie – a welcome addition to my spring reading list. Richard Varner and Peter McGill have kindly contributed tributes to Peter Hazelhurst, The Times’ former Asia correspondent, whose many career highlights included an interview with Nelson Mandela when he was still apartheid South Africa’s most wanted man. Mark Schreiber has averted pandemic cabin fever by getting out to retrace the footsteps of Japan’s wartime prime minister, Hideki Tojo, walking umpteen miles in search of locations associated with his time in office and his postwar trial for war crimes. Looking forward, Chie Matsumoto explains the motivation behind a new media platform, Unfiltered, while Suvendrini Kakuchi reports on Miri Yu’s recent Book Break appearance. Finally, congratulations to everyone who won prizes in this year’s Swadesh DeRoy Scholarship awards. We will be showcasing some of the successful submissions in the magazine, beginning this month with Maria Elizabeth Thomas’s stunning photographs.