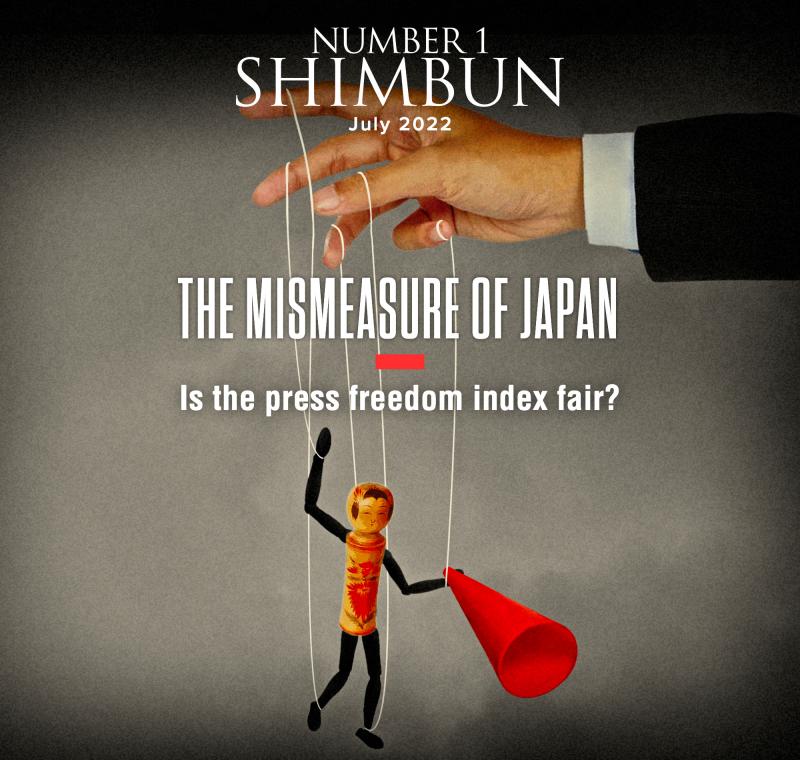 The Reporters Without Borders (RWB) press freedom index has again caused a stir, with Japan ranked 71st in the latest rankings – down from 67th a year earlier. Japan’s lowly position puzzles those of us who also cover South Korea, where the reporting activities can fall foul of the national security law, particularly when they concern North Korea. In this issue, Michael Cucek takes the RWB methodology to task and argues that by any reasonable measurement, Japan should appear higher in the press freedom rankings. Makoto Watanabe, however, cites an “oligopoly” of mainstream newspapers and TV broadcasters as proof that the RWB is right in stating that all is not well with Japanese journalism. Twenty years after Japan and South Korea co-hosted the World Cup, Fred Varcoe and John Duerden share their memories of the tournament; Karyn Nishimura delves into Shinzo Abe’s media-assisted return to the limelight; and Philip Brasor and Ilgin Yorulmaz guide us through nationalist attempts to rewrite school history textbooks. This issue marks the return of work by the FCCJ’s brilliant photographer members, while post-pandemic Club life features large with reports on a recent bunraku performance and Tokiko Kato’s charity concert for Ukraine, as well as the long-awaited return of Masukomi Sushi.