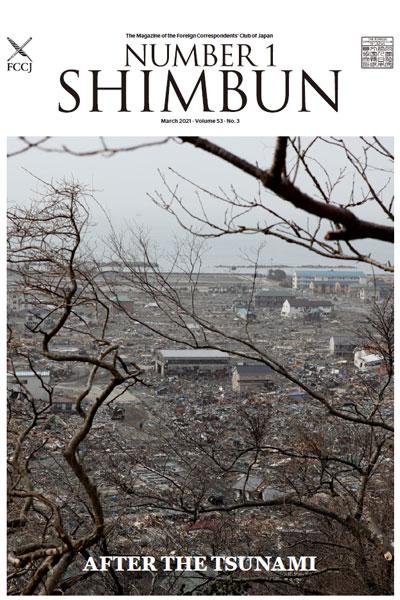 Ten years ago this month, Japan was shaken by the strongest earthquake in its recorded history. The resulting tsunami killed more than 18,000 people and triggered the world’s worst nuclear crisis since Chernobyl a quarter of a century earlier. For those of us who were in Japan at the time, the triple disaster was the single most important – and the most challenging – domestic story we had ever covered. To mark the anniversary, Jonathan Watts, then the Guardian’s East Asia editor, recalls the fear and hope he encountered amid the 3.11 tragedy, and Chie Matsumoto, fixer extraordinaire, recounts her experiences making sense of the chaos for a stream of visiting writers and broadcasters.

For foreign correspondents in Japan, the troubled preparations for the Tokyo 2020 Olympics have also generated acres of copy. But few of us could have anticipated the uproar created by an Asahi Shimbun account of a meeting of the Japan Olympic Committee. Karyn Nishimura, in her first piece for the magazine, looks back at how the foreign and Japanese media covered the events that led to the downfall of Yoshiro Mori as president of the Tokyo 2020 Olympics organizing committee. After the New Yorker was hoodwinked while researching an article about Japanese rent-a-families, regular contributor David McNeill looks at the pitfalls of feeding foreign news organizations’ huge appetite for the more unusual side of life in Japan. I’d like to thank everyone who has contributed to this issue, and encourage you all to pitch stories - after all, this is your magazine. Please feel free to contact me at no.1shimbun@fccj.or.jp. I look forward to hearing from you.