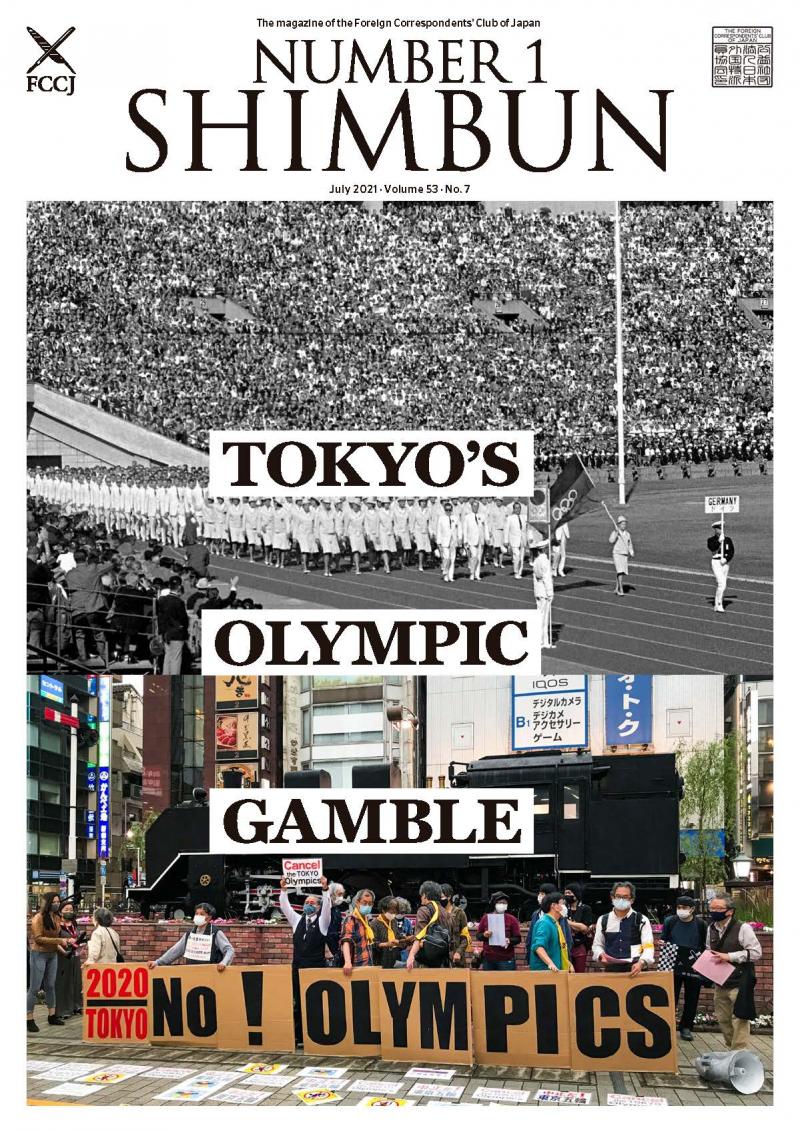 After months of fierce debate, resignations and recriminations, it now looks certain that the Tokyo 2020 Olympics will open, as planned, on July 23. The June issue of the Number 1 Shimbun looked at why large sections of the Japanese media had failed to reflect widespread opposition to holding the Games during a global health emergency and, as our deadline approached, amid rising cases in the host city. While much could change in the coming weeks, this feels like the right time for writers to outline their hopes and fears for the Olympics. Here too, consensus is impossible, with our four contributors – Monzurul Huq, Sean Carroll, Jeremy Walker and Jeff Kingston – divided over whether the Games will be a source of hope in difficult times or a disastrous mistake (and a professional challenge). The theme continues with spectacular black-and-white images from happier days in Japan’s Olympic history – the 1964 Games in Tokyo. Elsewhere, Number 1 contributors examine the “inequitable” arrangements for prime ministerial press conferences, Tokyo’s many assassination sites, Japan's nuclear power industry and the fallout from “Operation Tomodachi”, and the campaign to protect the legacy of Fleet Street, the spiritual home of London’s newspaper industry.