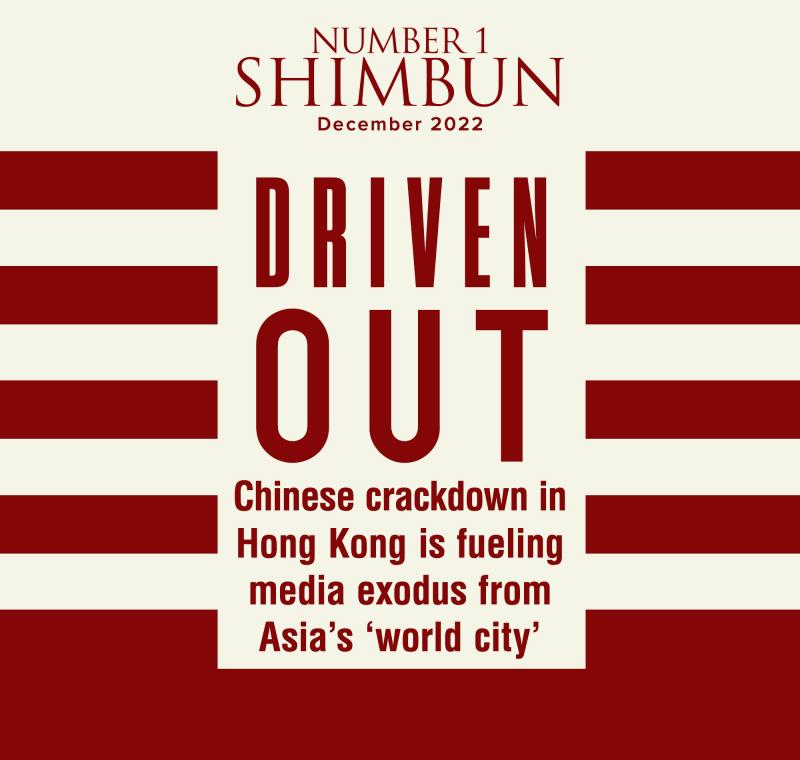 The recent detention of a BBC journalist covering anti-lockdown protests in Shanghai was a reminder of the risks facing journalists based in China. A similar climate of fear prevails in Hong Kong, where FCCJ freedom of the press winner Ronson Chan was arrested shortly before being given permission to take up a six-month fellowship at the Reuters Institute for the Study of Journalism at Oxford University. In this issue, David McNeill casts an eye on threats to media freedom in the former British colony and the repercussions they are having for our colleagues at the Foreign Correspondents’ Club of Hong Kong. Japan’s revisionist right has made much of the wartime actions of Lieutenant General Kiichiro Higuchi, whom it credits with saving the lives of hundreds of Jewish refugees. But, as Rotem Kowner and Joshua Fogel write, Higuchi’s elevation to hero status is based on the flimsiest of evidence. Elsewhere, Number 1 Shimbun contributors report on another busy month of professional activities at the club. Ilgin Yorulmaz profiles transgender Shinjuku mayoral candidate Karen Yoda; Anthony Rowley uses a Deep Dive event to look at what is behind the yen’s recent slide against the dollar; Suvendrini Kakuchi explains what it takes to translate Japanese literature into English, pegged to a Book Break featuring some of the industry’s finest translators; and Andy Sharp brings us highlights from a testy appearance by the outgoing Russian ambassador to Japan, Mikhail Galuzin. In his Japan Media Review, Philip Brasor analyzes coverage of plans to raise Japan’s defense budget amid rising tensions in the Taiwan Strait; and in his latest dispatch from Hokkaido, Eric Johnston explains why hoteliers in the ski resort of Niseko are not necessarily relishing the post-pandemic return of hordes of foreign tourists.