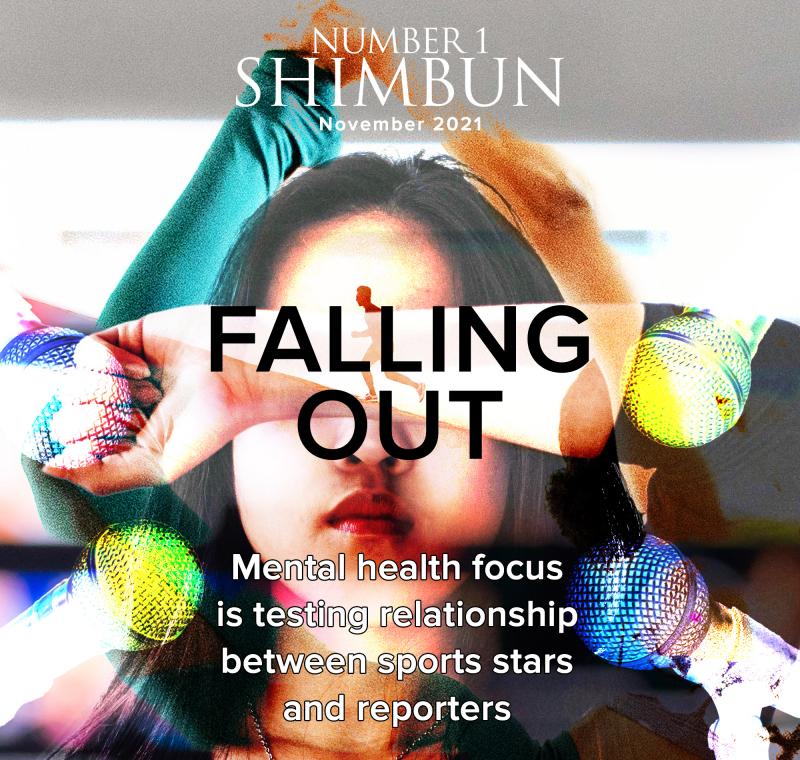 The decision by the brilliant US gymnast, Simone Biles, to skip several events at the Tokyo 2020 Olympics has prompted a long-overdue conversation about the mental health challenges faced by elite athletes who are constantly in the media spotlight. In May this year, Japanese tennis star Naomi Osaka opted to skip post-match press conferences and withdrew from the French Open, citing her struggle with anxiety with depression. Cricket fans among the Number 1 Shimbun readership will be aware that the England all-rounder Ben Stokes is poised to return to the sport after taking time out to look after his mental health. There is little doubt that media scrutiny is one of several factors that can have an adverse effect on the mental well-being of athletes, even those who are at the apex of their sport. Three articles in this issue attempt to explain the situation in Japan. Kimiko Date recounts her time among the tennis elite in an exclusive interview with Fred Varcoe, who also looks back at a definitive moment in Osaka’s relationship with the press. Dan Orlowitz offers an overview of how Japanese sports stars deal with what can sometimes be intrusive and, let’s face it, insensitive, questioning from reporters. As we approach the season of goodwill, please do read Andrew Horvat’s introduction to a new initiative that enables people living overseas to make tax-deductible donations to the Club and help us strengthen our role as a defender of a free and vibrant media.