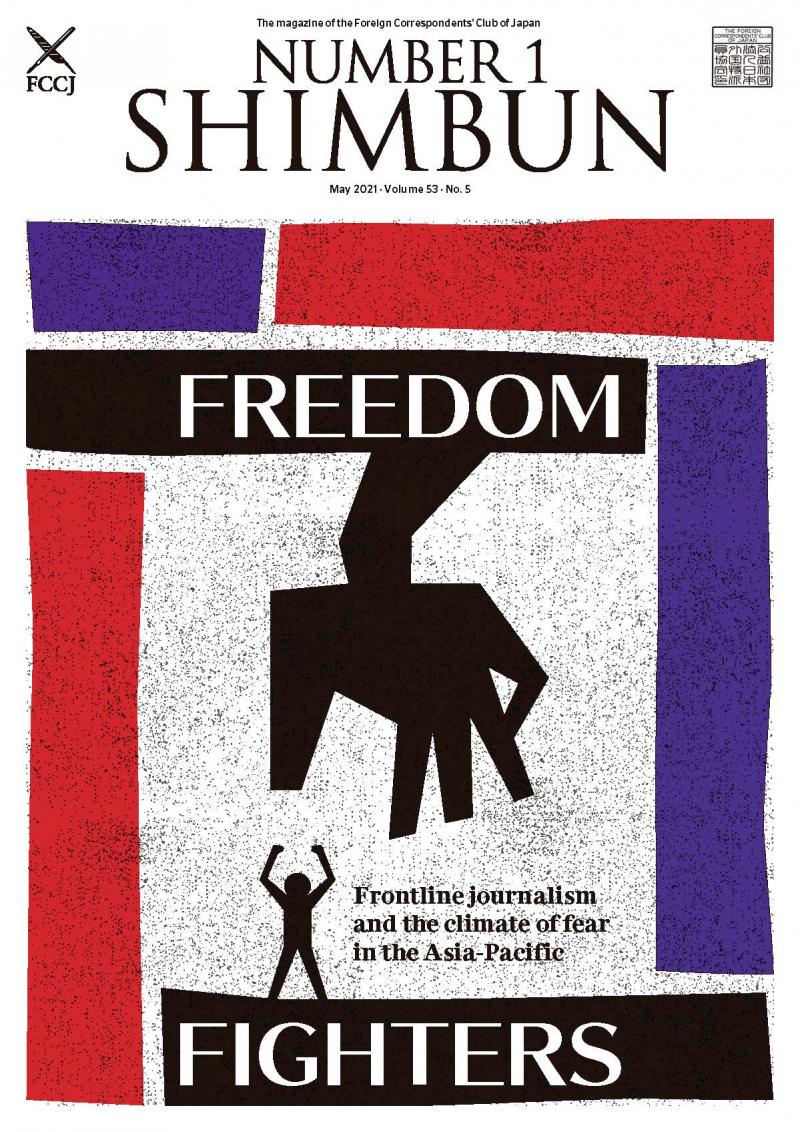 From China to Myanmar, few can recall a time when governments in the Asia-Pacific had so little compunction in attacking journalists and the independent media. As we prepare to mark World Press Freedom Day on May 3, this month’s issue of the Number 1 Shimbun is putting journalists working in challenging parts of the region front and center, starting with an overview from our colleagues at Reporters Sans Frontieres, whose 2021 global press freedom index appeared last month. Ben Dunant explains how the Myanmar coup has led to a crackdown on media organizations that oppose the military junta, while a reporter in the region explains the exodus of Western journalists from China. Anthony Rowley reminds us of the role the world’s oldest professional association for journalists continues to play in protecting media freedoms. Elsewhere, Kaori Kohyama, author of the winning essay in this year’s Swadesh DeRoy Scholarship awards, looks at how cults and new religions have sought to exploit the coronavirus pandemic, and David McNeill finds the journalist Takashi Uemura in no mood to abandon his reporting on the “comfort women” issue, despite intimidation from the Japanese far right. We are delighted to be able to run a translated extract from Asger Røejle Christensen’s new book about Svend Nyboe Andersen — whom some current members will remember from his time in Tokyo several decades ago — as well as a selection of arresting black-and-white photographs by Masanori Kamide. Cover illustration: Julio Shiiki.